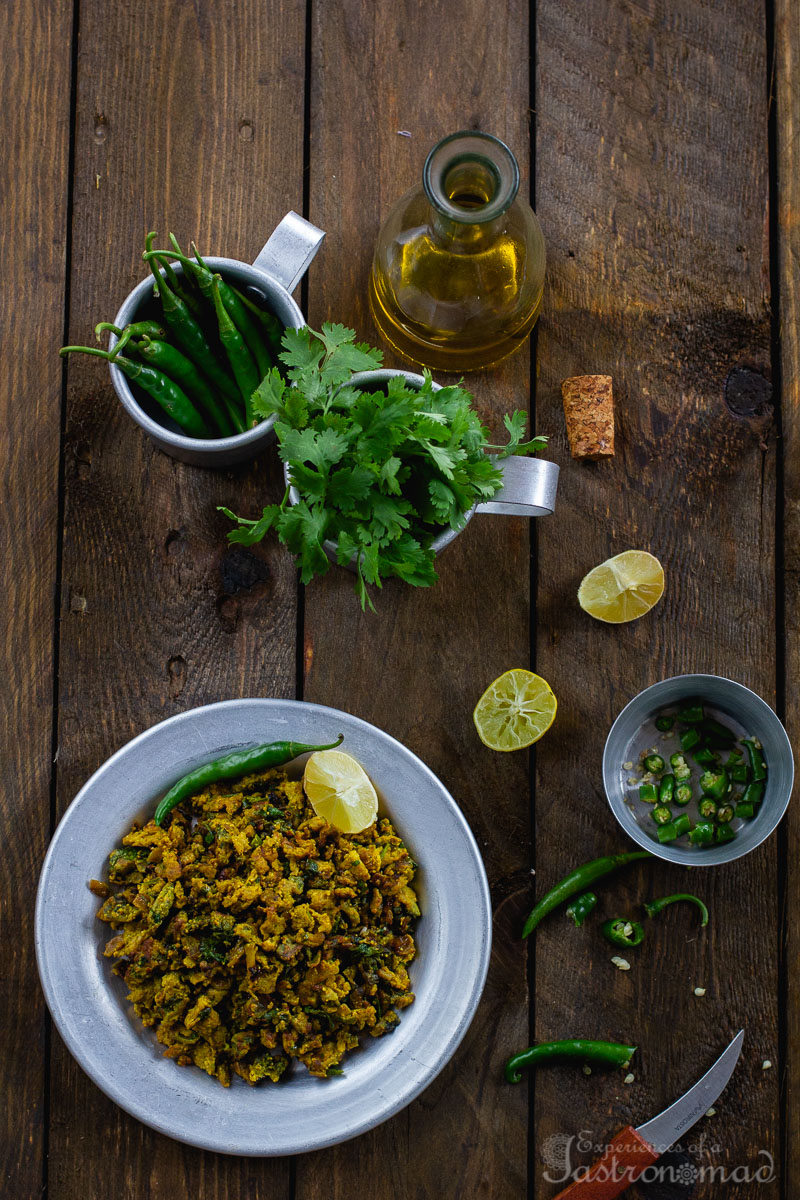 Kakimoni was an angel.
She lived a few houses away from us down the flaming gulmohor-crowned cul-de-sac, with her husband, Bapi’s colleague at the district hospital, and her two sons, the elder one, my classmate at the nearby elementary school, shy and introvert and the younger, a good five years younger, a mischievous imp.

Kakimoni doted on me. I was the daughter, the ladies in the colony lovingly commented, that she never had.
Scorching summer afternoons meant me curling up beside Kakimoni on her mahogany palong, the ancient fan whirring above, as she regaled me with stories from her childhood, Panchatantra and the lessons of life hidden within.
Mist-riddled autumn mornings often saw a still-sleepy me collecting shiuli phool along with her from the backyard (Be careful Mukta, the voice still rings in my head as if it were yesterday, there are caterpillars) and rain-drenched mornings, if schools were off, were inevitably reserved for Khichuri and Ilish Maach bhaja at her place.

One such charcoal-scarred monsoon morning, Kaku brings home a gorgeous Ilish.
Kakimoni gets to work in the kitchen, scaling, gutting and slicing the fish, with the precision of an adept surgeon.
Ilish Maacher dim (Hilsa Roe), the naughty little one, who has been keenly following the proceedings from behind a pillar, shouts in exultation, I want Ilish Maacher dim.
Kakimoni smiles. It’s homework time now, I’ll make your favourite Hilsa roe fritters for lunch if you study well.
No, he says obstinately, I want them now.
You can see I am busy dear, she attempts to reason.
But rational reasoning does not appeal to the obdurate infant and the mother patiently proceeds to make fish roe fritters for all of us.

The fritters disappear the moment they arrive, so what if our tongues are scalded.

Fast forward a couple of hours.
We are at lunch, Ilish Maach bhaja and a delectable Doi Ilish with piping hot rice.
All’s going well when the young one decides to throw a tantrum again.
I want maacher dim, he demands.
There’s no more dim left dear, Kakimoni explains.
No, I won’t have rice till I get maacher dim.
The tug of war continues.
The first lesson that infants learn is the fastest way to a mother’s heart is through crying, so what if there are no tears. And that’s the weapon he chooses to unleash.
He starts crying.
The mother’s heart melts.

But there’s genuinely no dim left.
Necessity is the mother of invention, as the adage goes, and no one dare deny that mothers are blessed with the most ingenious of resourcefulness, especially when it comes to putting a smile on their children’s faces.
Kakimoni loses no time to whip a batter of besan (Bengal gram flour) and semolina and fries fritters in the Ilish maacher tel that’s still not been used.
Try one, she offers me a fritter.
A bite.
And I am speechless.
If it hadn’t been watching her go through the routine, my senses would have indeed been tricked to believe these were fritters of the coveted Ilish roe.

Today’s post though is not about Ilish maacher dim bhaja.
It’s about another of Kakimoni’s genius dishes that I grew up on. And loved to relish.
Uchche diye maacher dim.
A crazy bittergourd and fish roe stir fry.
A recipe that I had long assumed was yet another of her inventive creations, a clever ploy to nudge us to eat bittergourd, by twinning something we loathed with something we cherished.
Till recently I stumbled upon a magazine post that bore a mention of Uchche diye maacher dim as a Bangladeshi classic.

And memories of childhood came flooding back. 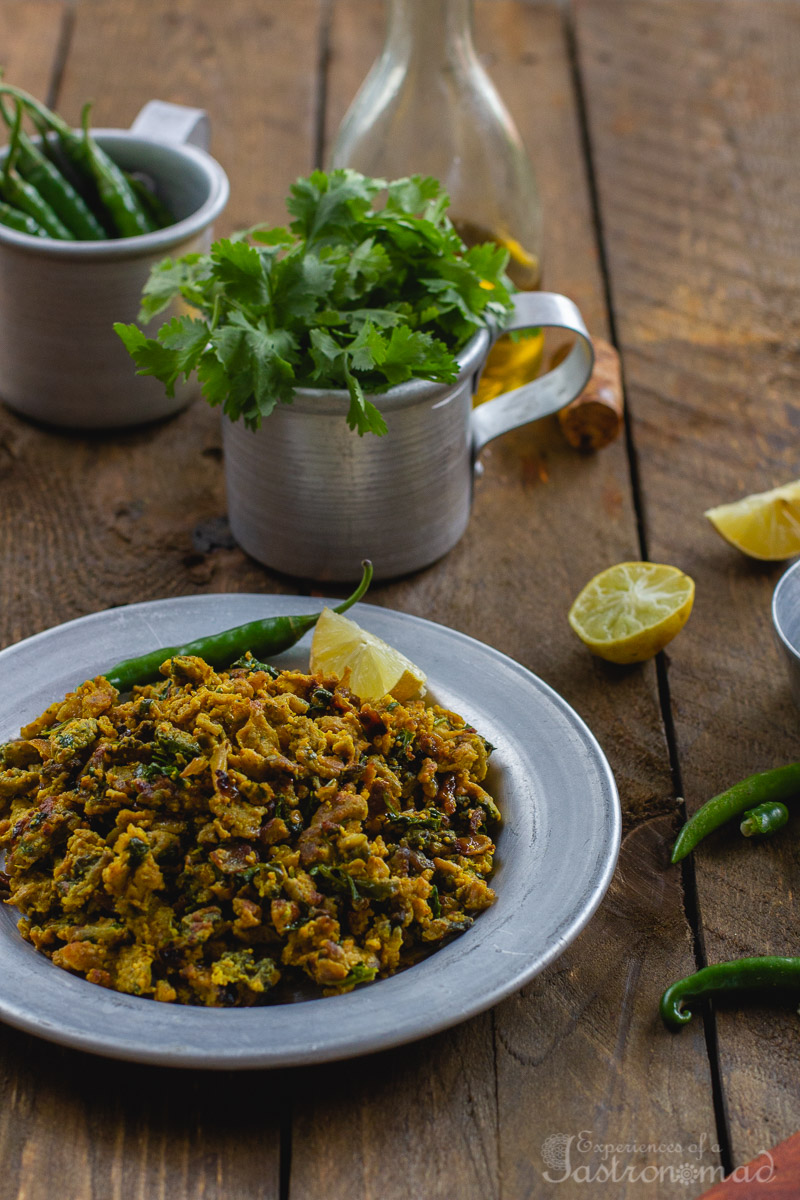 Uchche diye maacher dim. A symphony of bittergourd and fish roe. The bitterness balanced by the umami of the fish roe, the fire of chillies and the tart of lemon.
This is wicked genius !!!

The story though has a tragic ending.
Not long after I left Karimganj, Kakimoni fell ill.
Doctors at the hospital fretted and frowned, advised tests and a re-run of the tests.
Kakimoni was diagnosed with terminal cancer, the disease had spread, the doctors advised, and she didn’t have long to live.

And one day, the lights went out.

Kaku became a recluse.
The sons drifted away.
Our family went through its share of tragedy and shortly after left Karimganj for good.

I finally braved to finish this post that I had started quite a while back but never quite had the strength to conclude.
My faculties dim.
Emotion hijacks senses.
Tears well up in my eyes.

Just one grudge that I still bear against you, Kakimoni, Could you not have let at least Kaku know that you were unwell ?
Why did you conceal all that pain behind your sublime smile ?
You doted on all, why did you not take just a tad bit of care on your own self ?

Print Recipe
Uchche diye Maacher Dim (Bittergourd and Fish Roe Stir Fry)
Uchche diye maacher dim. A symphony of bittergourd and fish roe. The bitterness balanced by the umami of the fish roe, the fire of chillies and the tart of lemon. This is wicked genius !!! 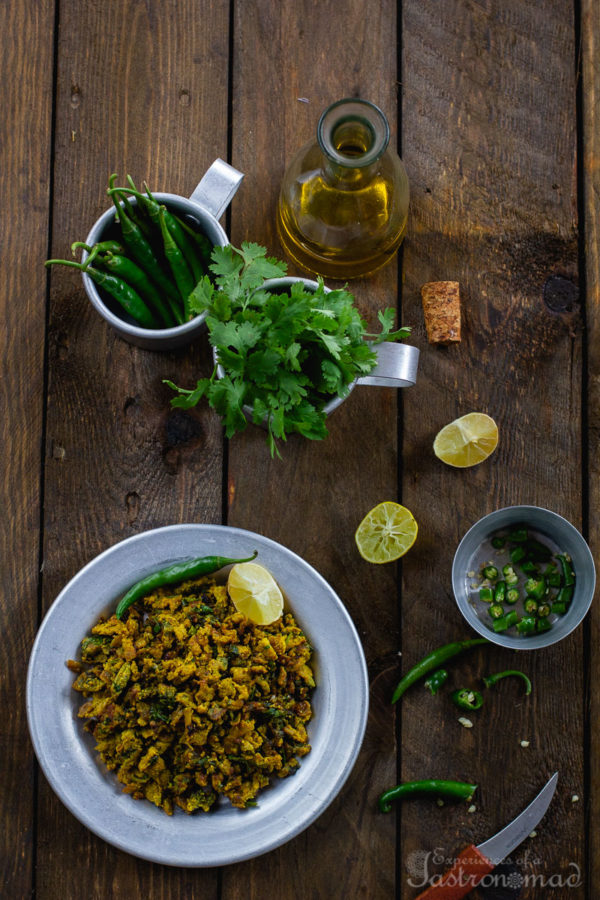