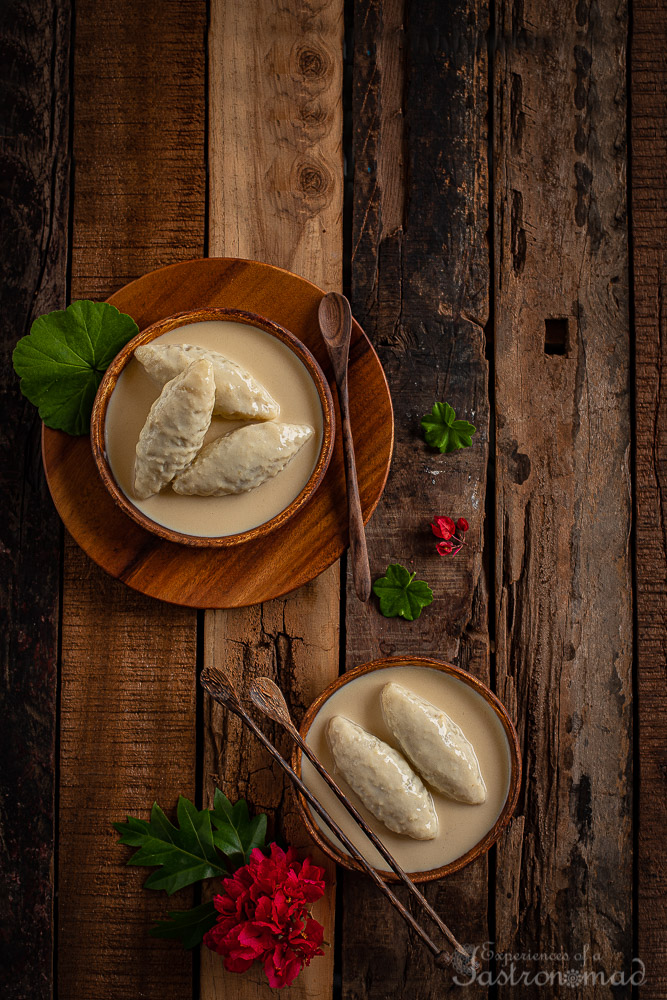 I grew up in Assam, where Makar sankranti is celebrated as bhogali bihu, which is mainly a harvest festival and marks the end of harvesting seasons. Bhogali means eating and enjoyment.

On the eve of makar sankranti or bhogali bihu we used to make a Meji (a straw house) with hay of the harvest fields. The entire night is spent in and around the meji, there used to be a grand feast that night. The next day we take bath and burn the meji and pray to God.  Ancient belief is that meji burns the winter out.  And then starts the pitha eating day. A whole day where you will get to eat lots of pithe.

I and dada used to run before dinner time between home and meji to see what pithas are being made at home. The night before makar sankranti both maa and Bamma (grandmom) used to make pithe for the next day,  patisapta, doodh puli, rosbora, ranaglur puli pithe, natur gurer payesh and list goes on and on.

So many old gold memories come with the name doodh puli. It is one of the most delicious mom made pithe. It can be made out of both rice flour / semolina and can be described as a dumpling with coconut filling cooked with jaggery and boiled cardamom infused  reduced milk. 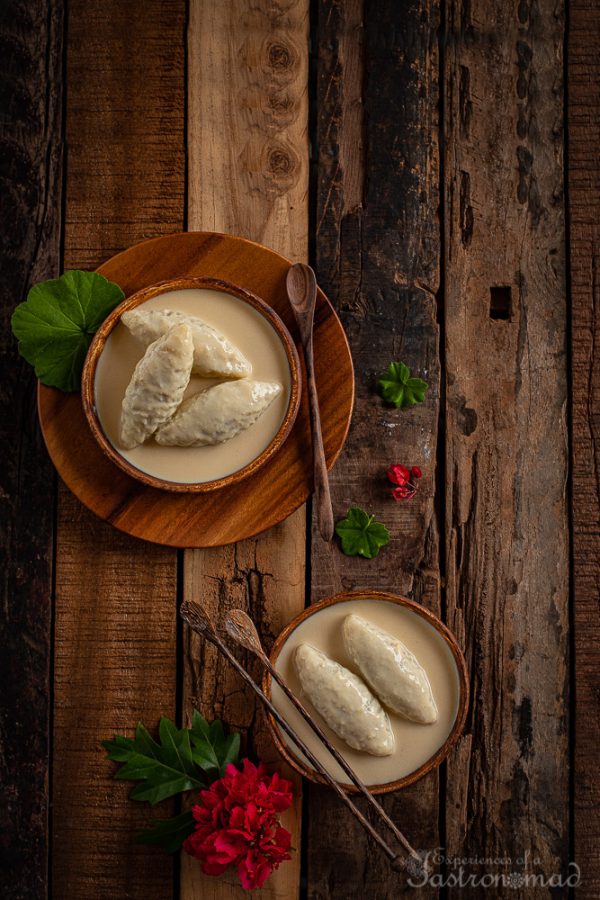 Give us this day our daily bread. #lockdowndiaries

New Post is up on the blog #lockdowndiaries The r

I find solace in cooking. And photography. Cooking