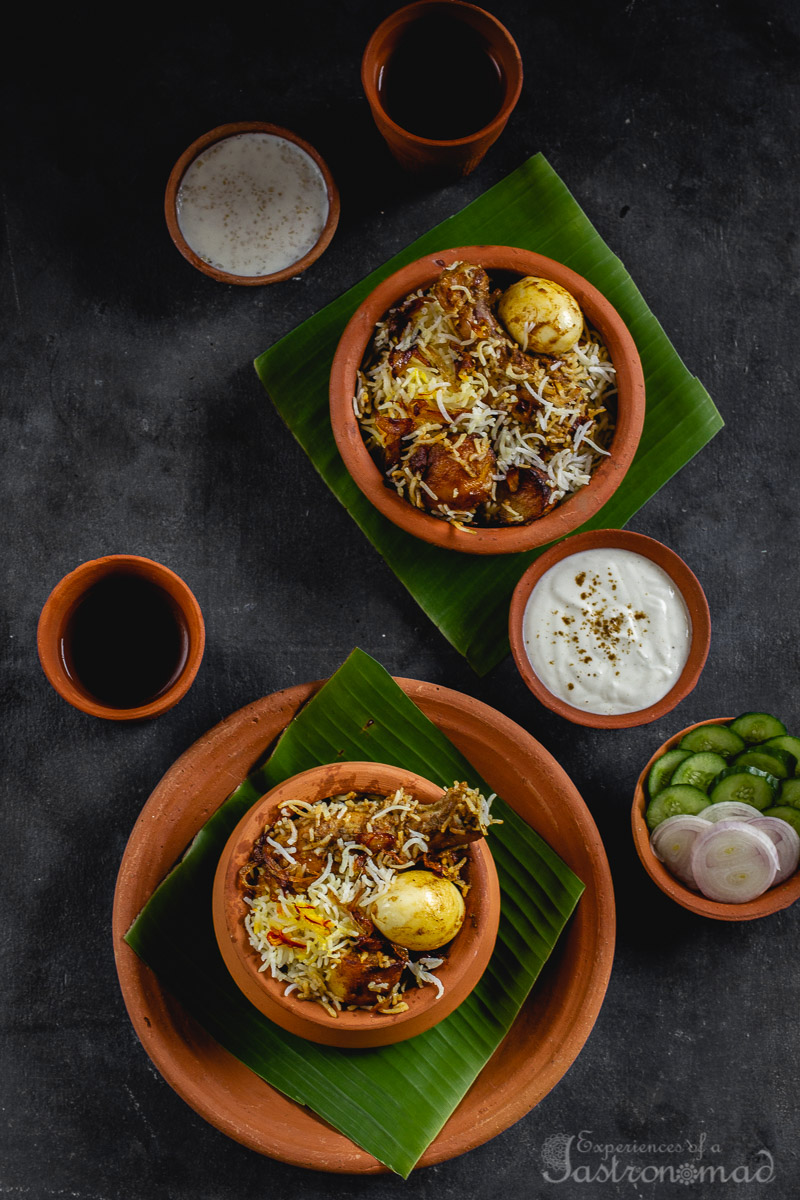 The dekchi sits snugly on the fire. Her lid sealed firmly by flour dough. A few lazy charcoal pieces idle on the lid. I see glimpses of glowing ember through the lazy ash. Vivid luminous orange against the backdrop of a dull grey.

The ancient bawarchi paces around. Patience to this day is not one of his virtues. Fiercely proud of his Avadhi roots, he frets and fusses and scowls at his assistants to stoke the dying fire. They don’t mind. They love him.

A nod. The boys briskly lift the dekchi off the fire in one clean move. Another nod. This time a signal for the ceremonial breaking of the dough. That moment of truth. That one instant that makes him, despite his decades of training and experience, nervous and clammy. Dum cooking is an art, a yogic equilibrium of components, a balance so delicate that the most gentle whiff of breeze can get the house of cards tumbling down.

The lid is carefully slid, just a wee bit for the maestro to have a peek. And an explosion of fragrance greets the air. Hypnotic. Seductive. The genie trapped inside the dekchi is released to diffuse into the balmy surroundings.

This is the story of Biryani. A melange of rice, meat and spices, cooked in dum over a slow fire, a symphony orchestrated by the maestro – pearls of rice, succulent cuts of meat, an ensemble of spices handed down generations, fried onion that’s caramelised to decadence, dollops of ghee and a splash of milk, tempting strands of golden saffron playing bo-peep amidst the rice and an indulgence of kewra, rose water and ittar. All cooked to luxuriant perfection.

Here’s my version of it – the Kolkata Chicken Biryani, adapted by the family of the rulers of Avadh exiled to Kolkata by the imperialists. Far away from their homeland, trapped in abject penury, they discovered fried potatoes did help as a substitute of meat. The tradition still continues, we still look for potatoes in our Kolkata Chicken Biryani amidst the meat and rice. 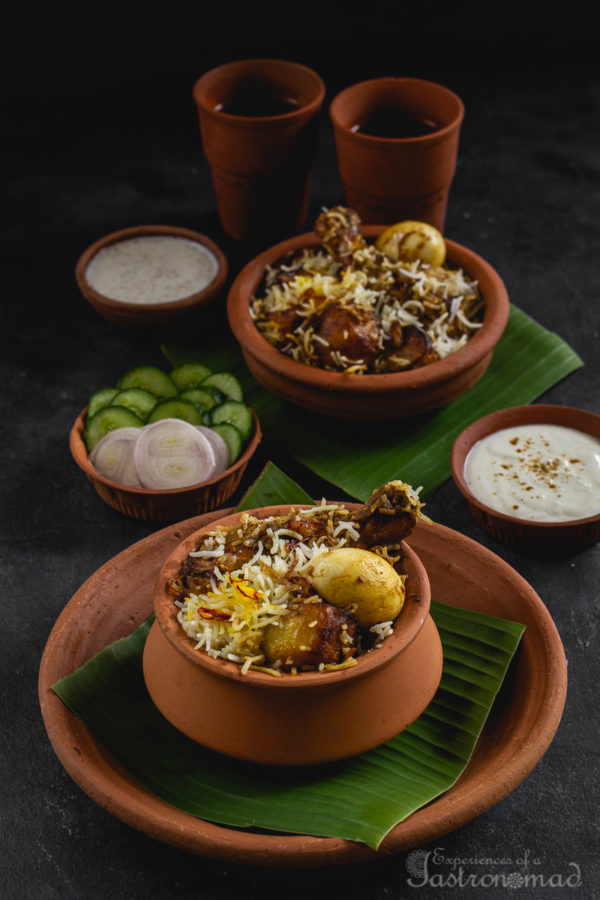