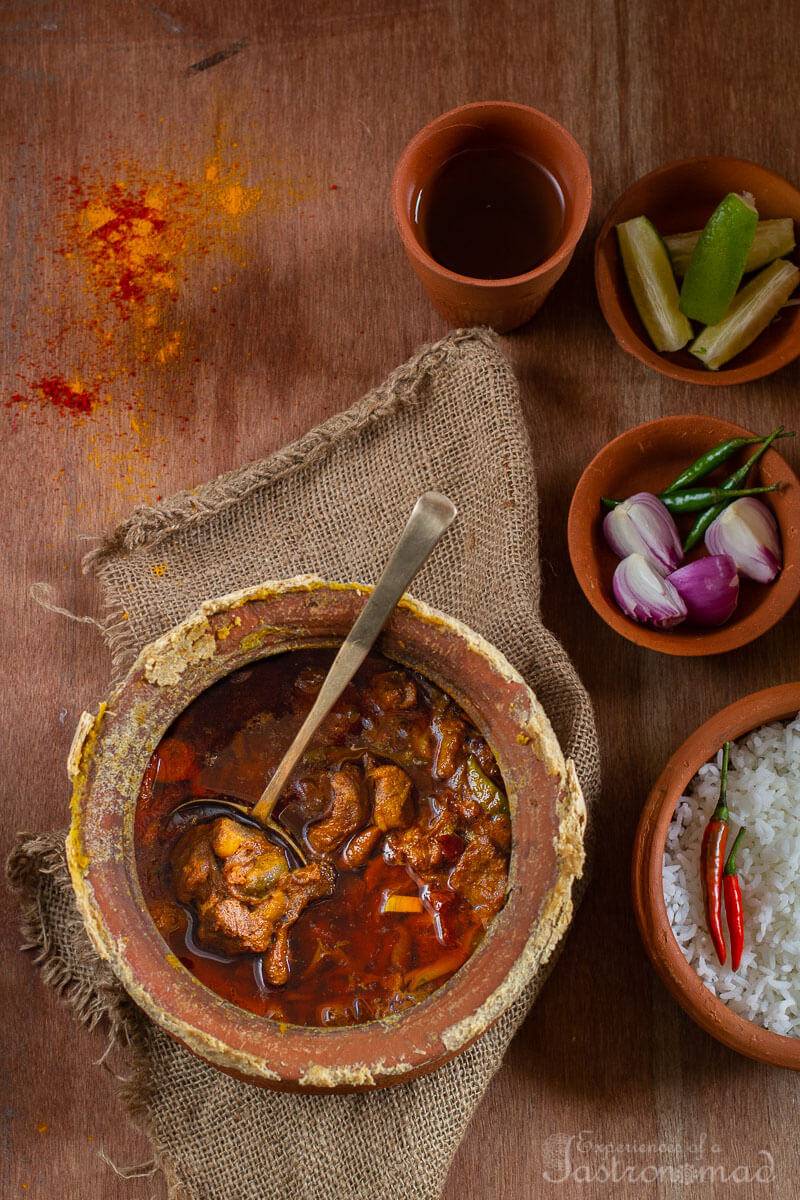 Wake up, Bapi whispers into my ears, the bus shall be here at six sharp.
Ten more minutes, I request earnestly as I pull the woolen blanket to over my ears. And then almost as an afterthought muse aloud, But the sun is not out yet. It’s still dark outside.
You don’t want to miss the picnic, do you ? Bapi reminds me.
That does the magic.

The bus journey is nondescript.
I sleep. Cuddled in the inviting warmth of Bapi’s arms.
Bapi wakes me once to show the infant sun appear on the distant horizon, a big dot of vermilion through an ethereal veil of haze.

We reach the picnic site. The hullabaloo of eager picnickers shakes me up from blissful slumber.

And there she is, I notice through half-opened eyes and a shroud of dreamy mist, a merry stretch of verdant green that extends all the way to the ageless grey-green river, a loquacious brook, an ancient banyan and a pandemonium of cantankerous parakeets for company.

Breakfast is quick to be served, buttered toast and hard-boiled eggs and oranges that are in season.
Piping hot tea for the seniors.
Horlicks for the kids.

The group starts to scatter now.
Bedsheets and durries escape the clammy claustrophobia of bags and spread over the dew-kissed grass.
A hammock is strung across two gnarled guava trees.
More tea does the rounds.

A band of boys sit in a disciplined circle around a grandfather, enraptured, as he regales them with tales from the Panchatantra.

A bevy of grandmothers speak animatedly of their planned pilgrimage to the Char Dham in the summer, places they had long yearned to visit.

And there are the cricket addicts.
Makeshift wickets are planted firmly into the moist earth, the creases drawn with care, an uncle volunteers to be the umpire (it’s not an easy job for disputes there shall be aplenty).
The opening batsman takes arrogant stance.

Luck doesn’t favour the badminton brigade though.
The boisterous winds set the trajectories of the feather shuttles in complete disarray.
Enthusiasm dampened, the group surrender to the fancies of nature.

Why not Antakshari ? Someone shouts.
And before I realise the serene stillness of the surroundings has been pierced by well, the cacophony of chorus singers.

I climb onto a trunk of a guava tree, not too high, and make myself comfortable.
From my vantage position, I now command views of the entire surroundings, all the way till the silver string of the horizon where the silver- grey heavens meet the grey-green river.

An uncle and his son, perched on a boulder by the brook, try their hands at fishing. The peals of laughter that reverberate across assure me that their efforts have not been futile.
A mother fusses over her son. He has not had anything since morning. She complains to whosoever she encounters.
Toddlers chase butterflies.
A girl is engrossed in a storybook, must be a thriller, a curious me infers.
Someone is flying a kite, an ebony black one with a smouldering orange dot in the centre.

Meanwhile Bapi joins a couple of uncles to get the fireplaces alive, bricks are assembled to form ovens, wooden sticks foraged from the site are given a liberal drench of kerosene and lit. A help fans the fire as billows of smoke gush out in feverish frenzy, sending everyone around to paroxysms of coughing.

The helps now busy themselves with mise en place, peeling, chopping, shredding vegetables, gutting and cleaning the fish, roasting spices and grinding them to powders. Under the supervision of Maa and fellow aunties. 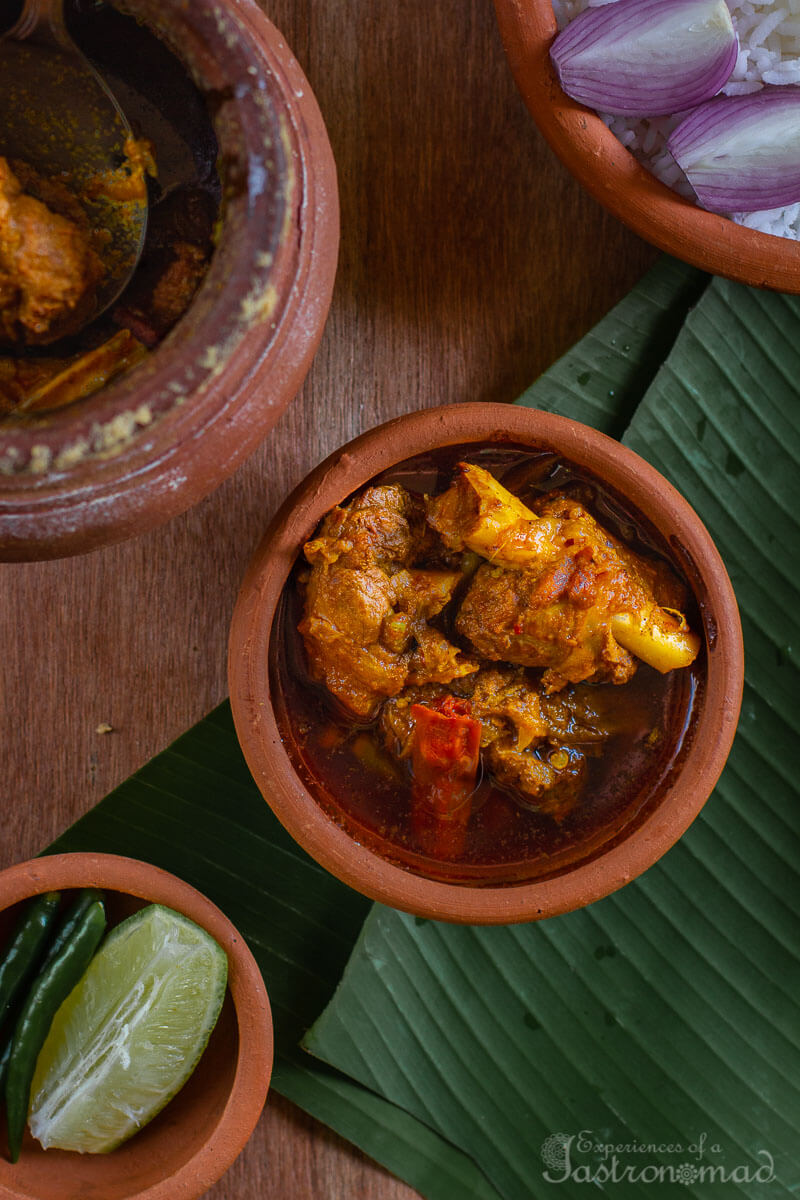 And what’s that happening ?
A help has just brought at least a dozen earthen hnaaris (handis), he soaks them in water, gives them a vigorous scrub and leaves them to idle under the mellow sun.
Stoked by curiosity, I get off the tree and go looking for Maa.

What are these for ? I quiz.
Aha, that’s a secret, Maa curtly responds.
Not one to yield without a feisty fight, I keep pestering.
We are making hnaaribondho, Shoilo Aunty finally relents.
Hnaaribondho ? I echo back almost instantaneously.
Yes, Aunty explains, Mutton cooked in dum with whole spices, loads of onions and a glug of mustard oil. A delicacy from Dinajpur. Do you know where Dinajpur is ?
I nod, recalling recent geography lessons and the Gamira dance Bapi had taken us to last year.

Many winters later, as I prepare dough to seal the hnaari for hnaaribondho this morning, memories of the annual community picnics come rushing back and I wonder whether those blissful days of innocence shall ever come back.

More culinary delights from Dinajpur in later posts, do try the hnaaribondho the next time you crave for mutton. The honest earthiness of this finger-licking delicious dish shall win your hearts for sure !!

Print Recipe
Hnaaribondho (Mutton Cooked in Dum, Dinajpur Style)
Hnaaribondho. Mutton cooked in dum with whole spices, loads of onions and a glug of mustard oil. A delicacy from Dinajpur. Perfect for winters !! 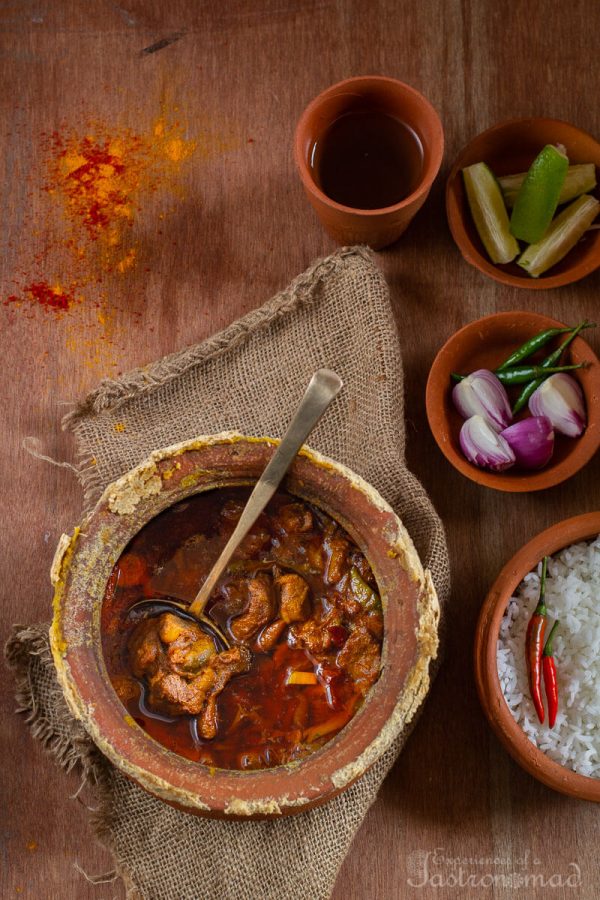