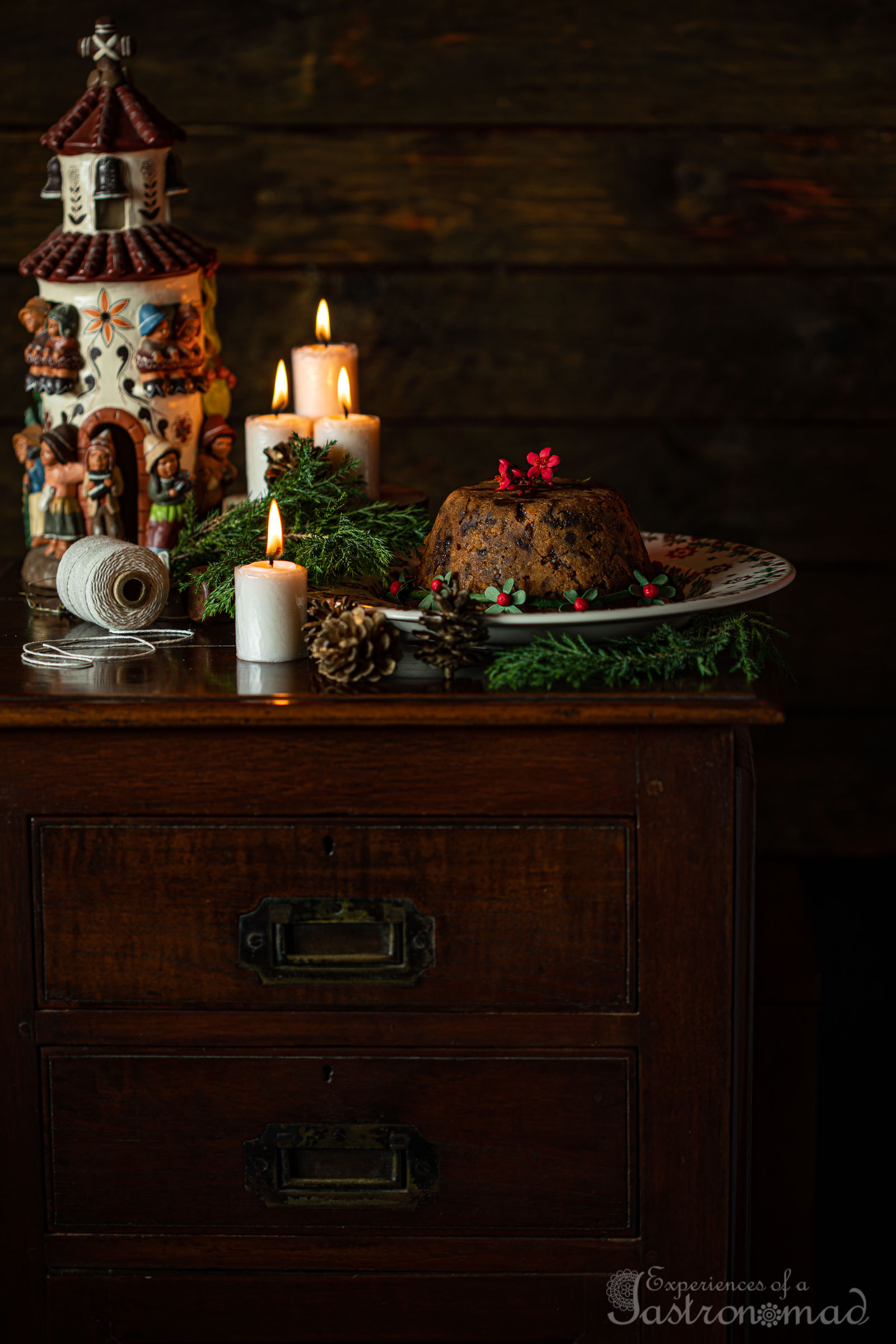 My husband and sister-in-law had gone to visit Mrs Baker on a Christmas Eve several years back. A bunch of yellow chrysanthemums and a Nahoums plum cake that she so adored in tow.

The ancient doorbell, beside that rickety time-battered letterbox, it’s door carelessly ajar, and that nameplate that had long lost its shine, you had to strain your optic nerves to even read the name, took minutes to answer. Anxious minutes.
And finally she opened the door.

Mrs. Baker. The first teacher that my husband and sister-in-law had been lucky, as they unabashedly admit, to be blessed with.

Age had caught up on her. She was stooped. And no, she could not recognise them. Despite their feverish endeavors.
Yet that sparkle in her eyes hidden behind those thick glasses and that naughty grin on her now wrinkled face were just the same. And palpable was her happiness. Happiness that old students, who cares if she could not recollect their names, had remembered her. 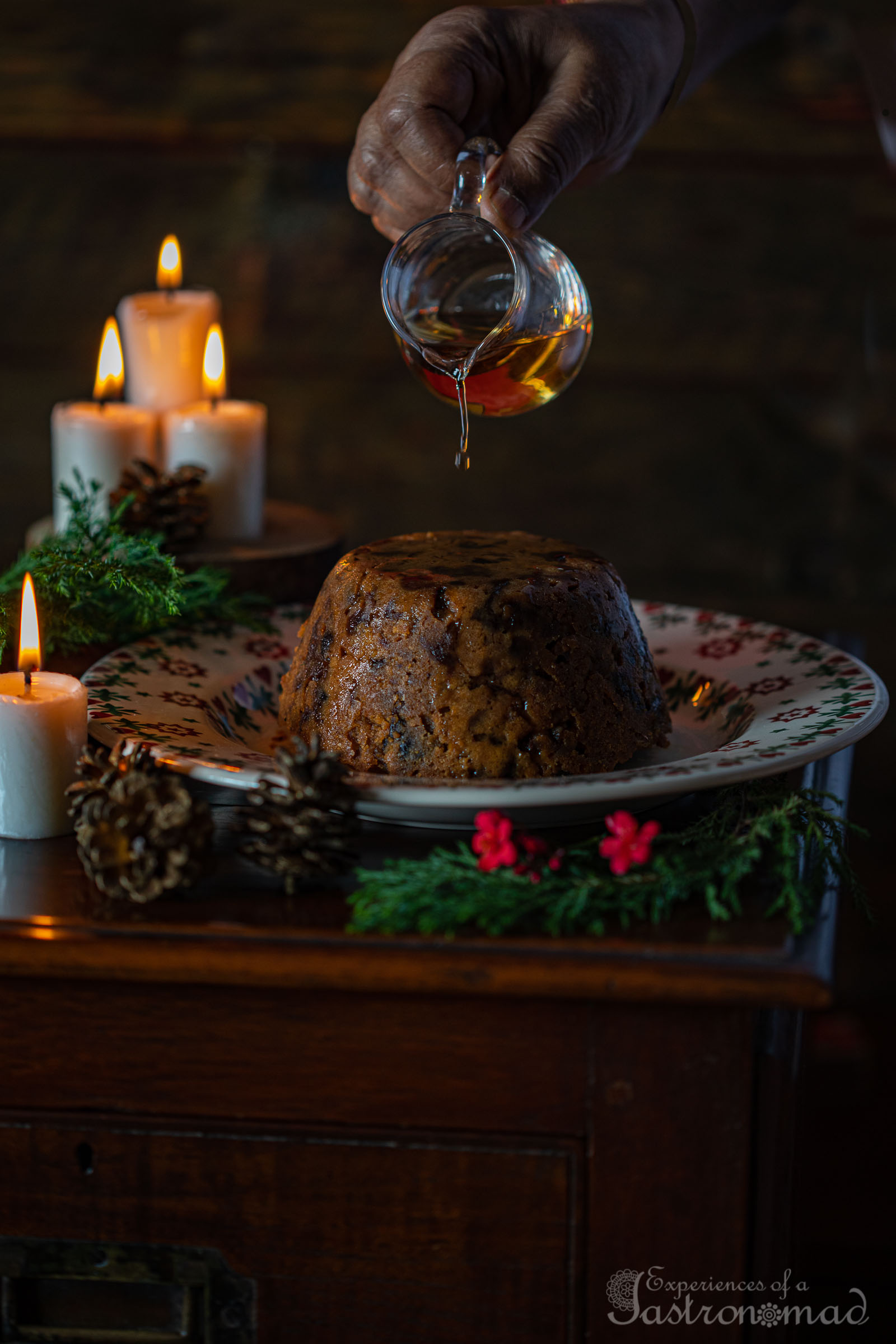 They sat in silence.
Fleeting memories. Nostalgia. Of decades gone by.
My niece wanted me to go over to Australia with her. She said, breaking the silence. With a disdainful  scowl. But this is my city. My people. Can I ever leave them ?
Silence again.
Tears rolled down her cheeks.
More silence.
Take care children. Do come again. God bless. Her frail voice rang. As they stood to take leave.

I had a ball of a time cooking Anglo-Indian cuisine over the last fortnight. Cuisine representing a community so full of life. Selfless in their service to the community and society. Feisty and fiercely independent. Who despite their ups and downs, triumphs and tribulations, have made the city their very own.

And I end my sojourn here with a Christmas pudding. Speckled with raisins and sultanas. Perfumed with ginger and citrus. Flambed with vodka.

What’s a Christmas, as Mrs Baker would chuckle, without a Christmas pudding ?  Steamed. Not baked. As she would assert. 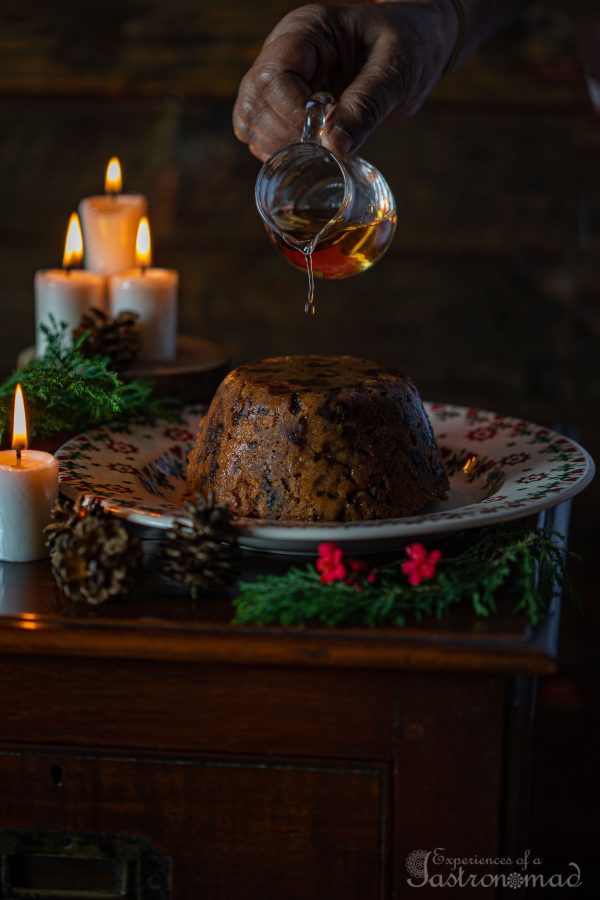 Watch the blue flames dancing in merriment around the pudding as I flambe my Christmas Pudding at the stroke of midnight !!

Who said Wednesdays were boring ? Definitely not w

I typically do not shoot in-the-making pictures.

New blog post is up ! #7cuisinesin7days And one l

The dakbungalow recipes travelled as did the Raj.

New post is up on the blog #7cuisinesin7days It wa

When the Queen takes yogurt as a companion with ju

Brown is the colour!! ❤️ And this is my entry

Is it something about rain-drenched evenings that