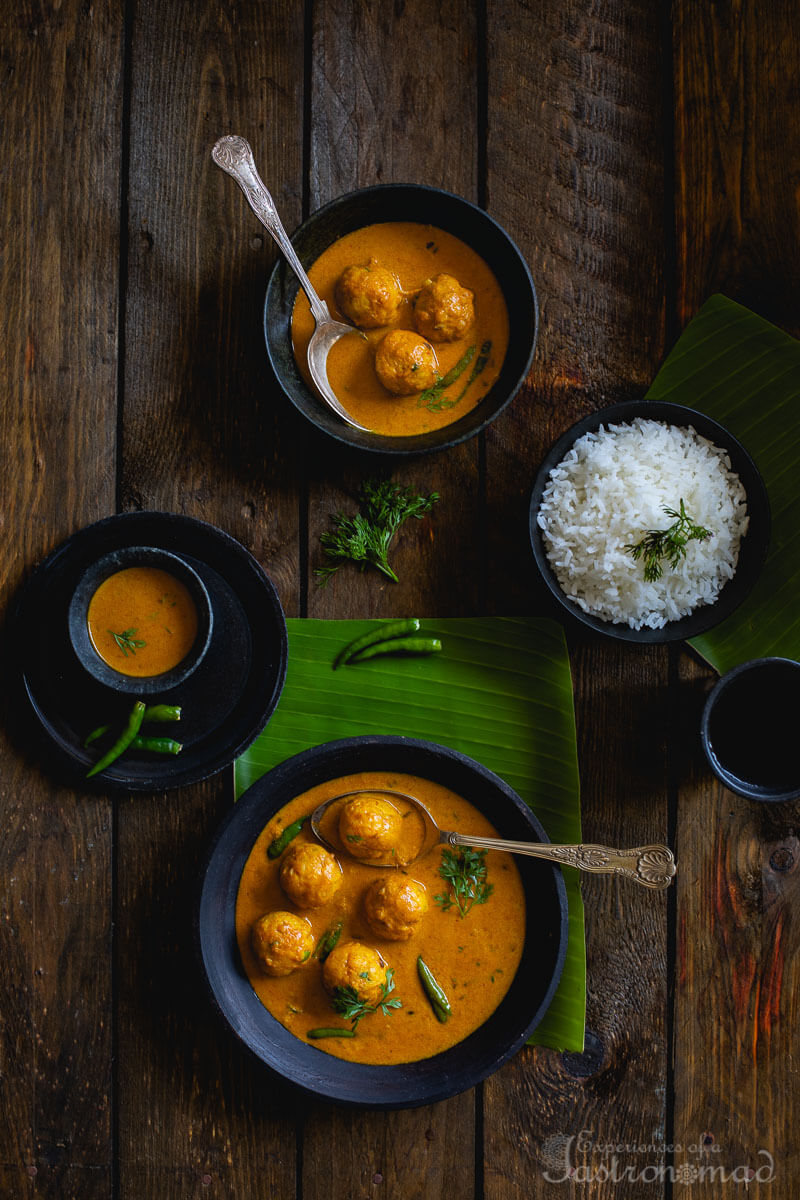 Bapi chose to remain uncannily reticent whenever Dada and I quizzed him about his and Grandma’s migration from East Pakistan.
But as we stepped into curious adolescence from the blissful innocence of childhood and the indescribable horrors of the exodus of 1970 started to unravel in front of us, we could no longer contain our questions.
Is this for real Bapi ? We had asked. Or are these figments of imagination ?
Bapi didn’t answer to begin with.
We were not the ones though to yield to silence. We needed to know.
And finally one Sunday afternoon, one which still seems like yesterday, Bapi decided to speak.

It had all started with friends returning from Dhaka carrying stories of nefarious barbarities by the West Pakistan armed forces.
The initial reaction had been of skepticism.
The two Pakistans had had their share of differences, there was confidence that these ominous clouds too would pass soon.

Then started wafting in the hushed murmurs.
Around targeting of minorities.
Desecration of temples.
Barbaric atrocities on women.
Some families were even contemplating relocating home and hearth to India.
This is the land of our ancestors, Grandma, usually not one to give in to rage, had bellowed when Bapi had confided in her one evening, there is no question of leaving.
Bapi had decided not to pursue further.
Maybe this storm too would pass. He mused.

What followed subsequently was a strange lull.
There was no news.
Grandma had read Bapi’s worries. There’s nothing in the dailies, she had consoled. The two Pakistans I am sure shall resolve their differences.

And then news reached one morning of the spine-chilling Shankharipara massacre in Dhaka.
For the first time Grandma was perturbed. Bapi was sent to senior relatives to get counsel.
The two Pakistans are at war, the seniors acknowledged, but nothing for us to fret about. War shall never reach Sylhet, they were supremely confident.

Behaviours though started changing. And visibly so.
Friends Bapi had grown up with started to avoid him, they would stop abruptly in a conversation when they would see him approach. And disperse.
Neighbours started to troop in with advice that it was best to depart for India before the atrocities got worse.
Why don’t you convert ? The compounder at the clinic suggested one evening. That would be an easy way to escape the carnage.
Suddenly, Bapi paused for breath, we were aliens in our own land.

The wanton killing of thousands in Jathibhanga, hapless men women and children felled mercilessly by a spray of bullets as they prepared to cross over to India, shook everyone out of stupor.
This was for real.
War had indeed spilled out of Dhaka.
Neighbours were prompt in arriving again, we were a security threat for the entire community, the message was polite but clear, it would only be prudent if we started to consider relocation.
Doesn’t seem they want us here any longer, Grandma broke down once they left.
But we have nowhere to go Maa, Bapi had hugged Grandma.
And they had wept inconsolably in each other’s arms. As an uncertain future loomed large.

The next few weeks passed in a haze.
Naria and Burunga happened in rapid succession, friends and family fell to mindless persecution, Grandma and Bapi waited for the right opportunity to flee the sylvan Sylhet of their ancestors.
You could trust nobody, Bapi sighed, not even people you had known for generations.

But there were messiahs too.
A childhood friend of Bapi in the police unit had helped Bapi and Grandma cross the border.
In the plaintive still of a new moon night.
Amidst a drizzle.
The heavens too are crying to see you go, he had remarked as Bapi and he hugged each other one last time.
We shall be back when the situation improves. Grandma had been optimistic even then. 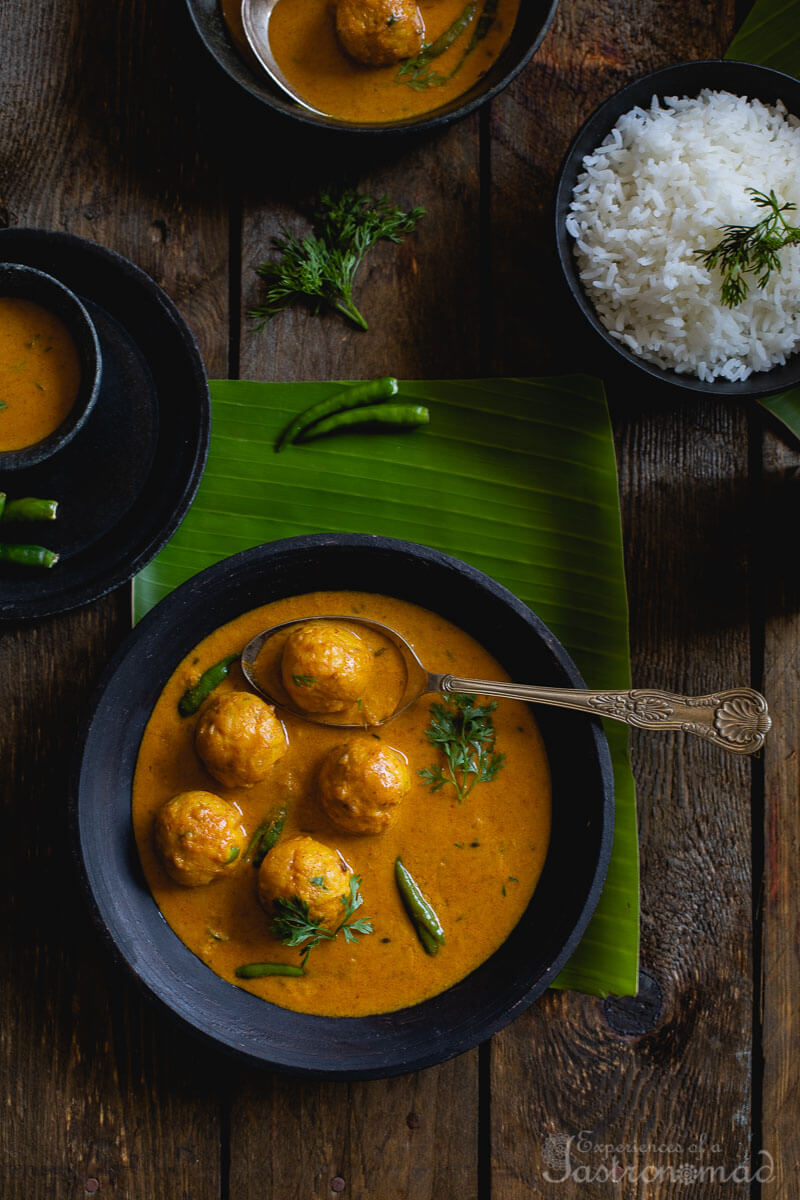 This post is my tribute to the Schindlers of the early 1970s, in Bapi’s case, a childhood friend and his mother who risked their lives to ensure Bapi and Grandma got across the border safely.

Bapi would talk of Chachi’s Chingrir Roshbora for decades after having left Sylhet.
A recipe that Chachi had been proud of, one she had learnt from her mother and her mother from her grandmother, a recipe redolent of the rivers and coconut plantations of the pristine Barisal where her family hailed from.
Whenever Bapi brought home shrimps from the local market, Chachi’s delectable Chingrir Roshbora would inevitably be mentioned.

Chachi’s Chingrir Roshbora. Shrimp dumplings. In a sublime coconut curry (so typical of Barisal). The earthy perfume of ginger juice. A whiff of fennel.
This is indeed divine !! 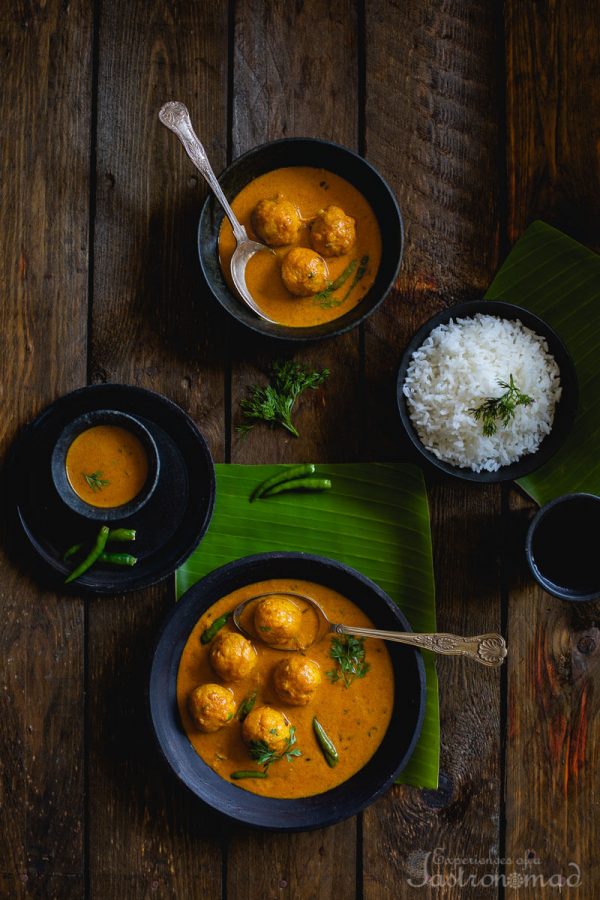