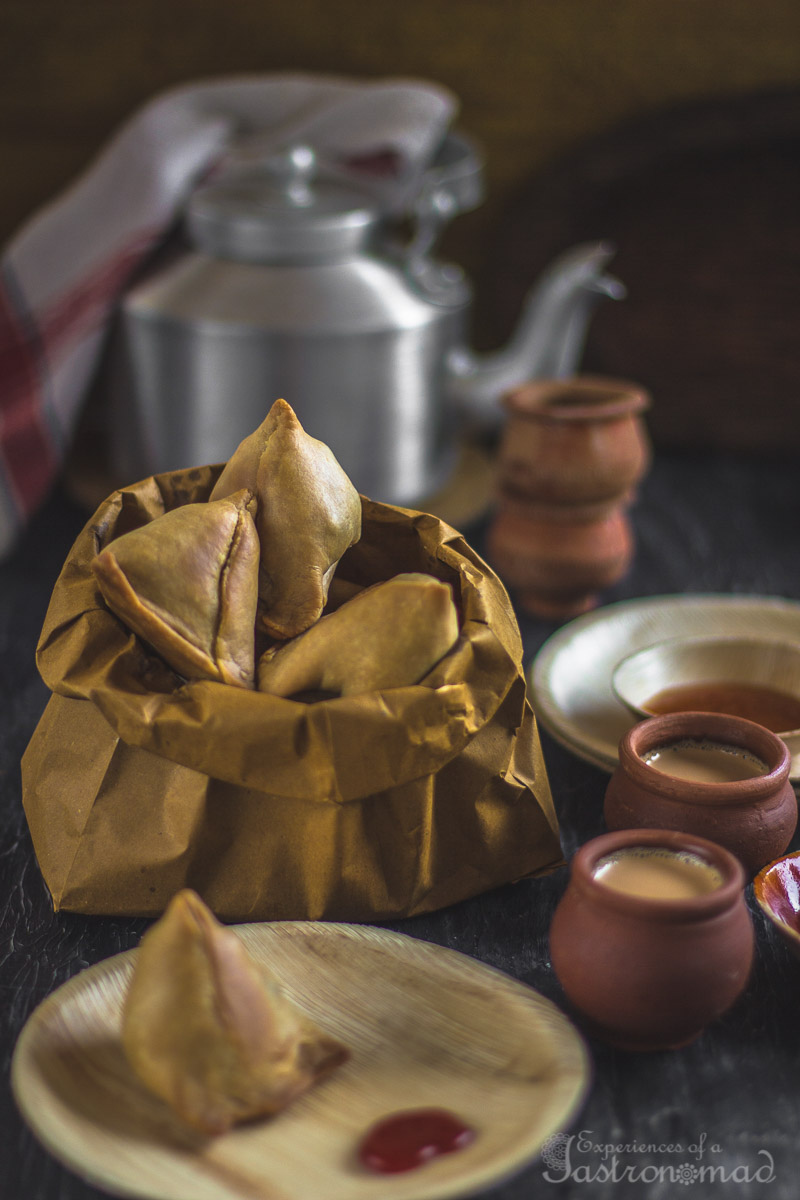 Sunday afternoons were the only time Bapi managed some respite from his otherwise hectic, often punishing, schedule.
Of course there was the occasional emergency that would still need him to rush to the hospital, but by and large it was quiet.

The long daalaan, with her glazed red oxide floor, stark white-washed walls and high ceiling supported by teak rafters, that separated the rooms from the verdant green backyard, was the hub of activity.
The Sunday daily would lie in confusion around Bapi, a ball-point pen dangling between his fingers, he focused on the last couple of words that would complete the crossword. The latest Desh Potrika, visibly tired from her arduous trip from the printing presses of Calcutta, waited patiently for her turn to be picked up. The sun-bleached maroon Ikat cushions lay in disciplined harmony on the ancient rattan chair, the resident pigeons strutted around vainly, the mischievous sparrows chased each other silly. Grandmas vintage gramophone record player, that were still out of bounds for either Dada or me, hummed Tagore classics and tea, stewed endlessly in the battered aluminium saucepan and sweetened generously with tablespoons of sugar, flowed.

Grandma would be in her ancient rocking chair, the leather-bound Ramayana on her lap, speaking occasionally to Bapi in whispers.
This is Mother-son time, Bapi would remind me if I disturbed him often, go and get your crayons and drawing book. Have you tried drawing the bulbul yet ?
The red crested bulbuls were the newest visitors in the garden.
Joining the pandemonium of cantankerous parakeets, the lonely wise owl, the melancholy cuckoo and the gorgeous bou kotha kou. Yes, and the thirsty chatok pakhi during sultry summers, pining for rains.
Bapi loved Grandma. And Sunday afternoons were his time with her. 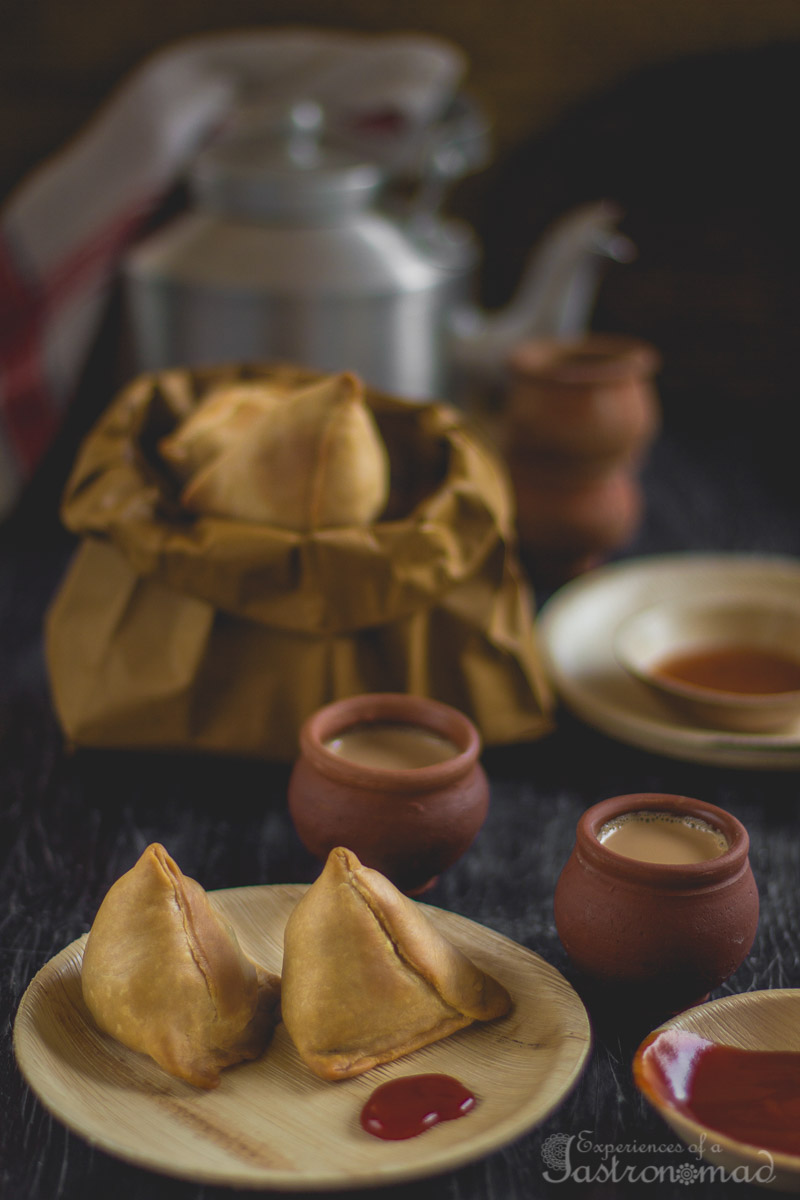 Didi would be in the kitchen, Maa by her side, furiously assembing the phulkopir singara that Bapi and Grandma adored.
Do not overheat the oil, Maa reminded Didi as she prepared to release the assembled singaras into the kadai nestled on the oonoon.

Phulkopir Singara. Home-made samosas with a delectable cauliflower filling. The crunch of toasted peanuts. The luxury of that hidden raisin. And the fire of the odd chilli you occasionally bit into.

This is my version of Didi’s Phulkopir Singara, baked rather than deep-fried, but every bite just as delectable.
A must-try I would insist for the weekend !!!

Print Recipe
Phulkopir Singara (Cauliflower Samosa)
Phulkopir Singara. Home-made samosas with a delectable cauliflower filling. The crunch of toasted peanuts. The luxury of that hidden raisin. And the fire of the odd chilli you occasionally bite into. Baked rather than deep-fried. Divine !! 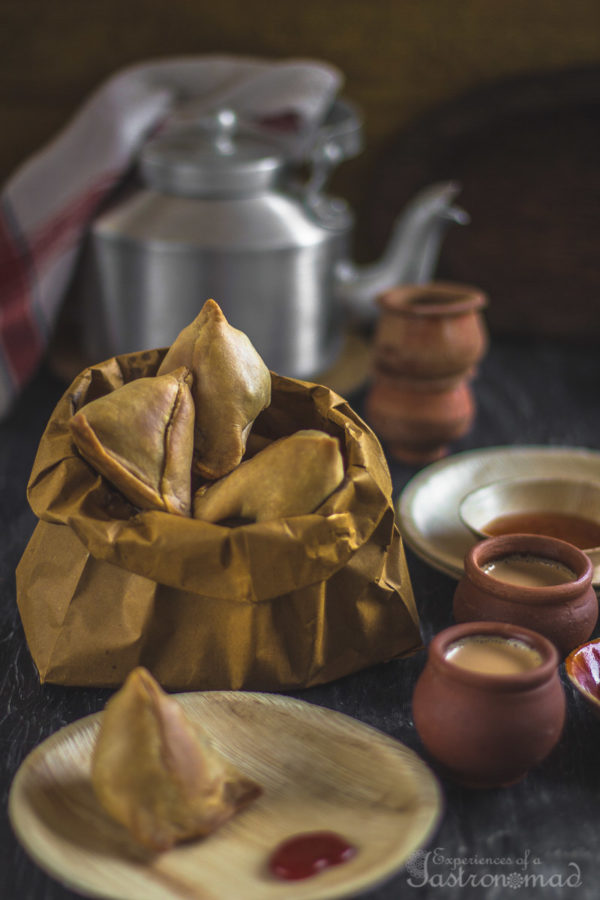 Sinfully decadent, a wicked indulgence for all tho