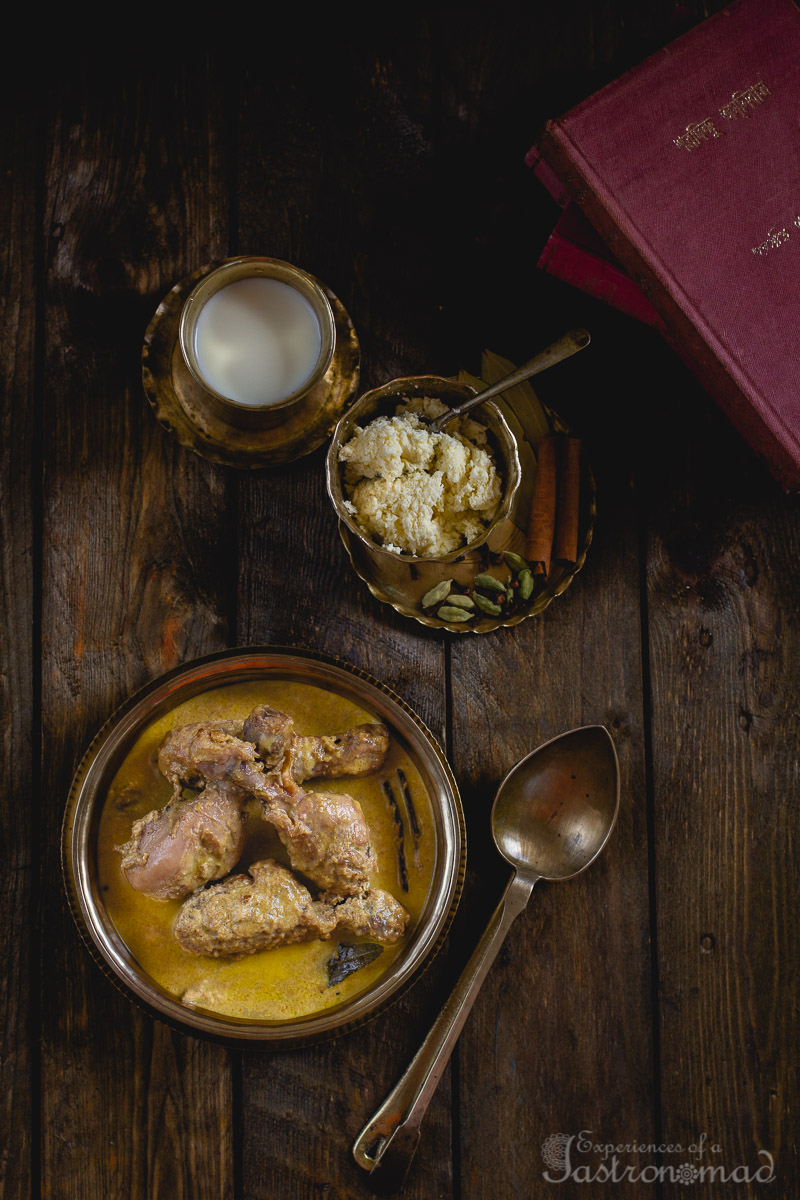 Isn’t it rather unusual that on a manic Monday morning, I wallow in sweet nostalgia, allowing myself the luxury to travel decades back in time ?
Wonder why ?
Well, childhood came knocking this morning, when the Pujobarshikis arrived.

Rewind a couple of decades.
Biswakarma Pujo and the delirious frenzy of kite-flying behind us, I start prodding Manikkaka everyday to check with the newspaper stall in the local market if the Pujobarshikis have arrived.
Maa tries to reason, the magazines need to endure an onerous journey from the printing houses in Calcutta to Guwahati by railroad and then a further arduous trek from Guwahati to Karimganj. Patience, she counsels, Manikkaka shall of course get the Pujobarshikis the day they appear in the magazine stall.
But brains of eight year olds are not yet wired to be the most rational, that there can be constraints that parents cannot overcome is incomprehensible to them.
So I keep persisting diligently, even suspecting if Manikkaka has indeed checked.
It shall be such humiliation, a despondent me muses in resignation, if someone else brags in class tomorrow about how nail-biting the latest Pandab Goenda thriller published in the Pujobarshiki is.
Tears roll down my cheeks.
Maybe I should just refuse to go to school, I conclude, assured that the dishonour of someone staking claim to this year’s Pujobarshiki earlier than me is ignominy I cannot suffer.
Aari, aari, aari, I reprimand a puzzled Manikaka, pointing my little finger towards him, I am convinced he is behind my abject misery, hence no speaking to him till the magazine shows up.

The Shuktara finally arrives.
Before anyone in class has had the chance to boast about having read it earlier.
I am elated.
Manikkaka is an ally again.
That afternoon, I complete my homework even before Maa needs to remind me. And then curl up on Grandma’s ancient four-poster to savour the new Pandab Goenda adventure.

The little investigators receive an invite from their old friend Kanon attend her birthday party in Giridih.
And surprise, surprise, she has sent the train tickets as well.
Enroute to Giridih, a gang of deadly dacoits attack their train.

I cower in fear.
Meanwhile outside, sunset smothers the day and darkness descends.
The cantankerous parakeets retire for the day.
It’s an eerie quiet punctuated by the occasional hoot of the resident lokkhipecha.
Grandma, where are you ? I shout.

In a display of indomitable courage, the heroes overwhelm the dreaded brigands.
The railway police lead them away.

Relief !!!
Bapi returns home from the hospital.
Someone comes home calling for him.
I am too absorbed in the adventure though to be distracted.

The quintet and the lion-hearted Panchu reach Giridih, what an idyllic place is this !!!

And a trek all the way up Trikut Pahar would be such amazing fun !!!

Just as things begin to appear rosy, the kids confront the bandits again as they explore the sleepy town.
Oh no, they are coming after the little ones now !!!

Didi calls for dinner.
I ignore.

That was such a narrow escape.

I realise I am perspiring profusely.
I turn on the fan.

Now, Kanon goes missing from her own birthday party.

Maa is getting angry now, Grandma alerts me, you can always finish the story post dinner.

Much to my displeasure, I drag myself to dinner.
Even Maa’s finger-licking delicious chicken curry does not succeed in diverting me today from the adventure.
Kanon needs to be rescued. Shall Bablu pull a miracle again in the face of the menacing marauders ?

Cut to the present.
Inspired now to cook a celebratory chicken curry just as Maa had done that evening.
That’s when Maa’s Murgi Monohora springs to mind. 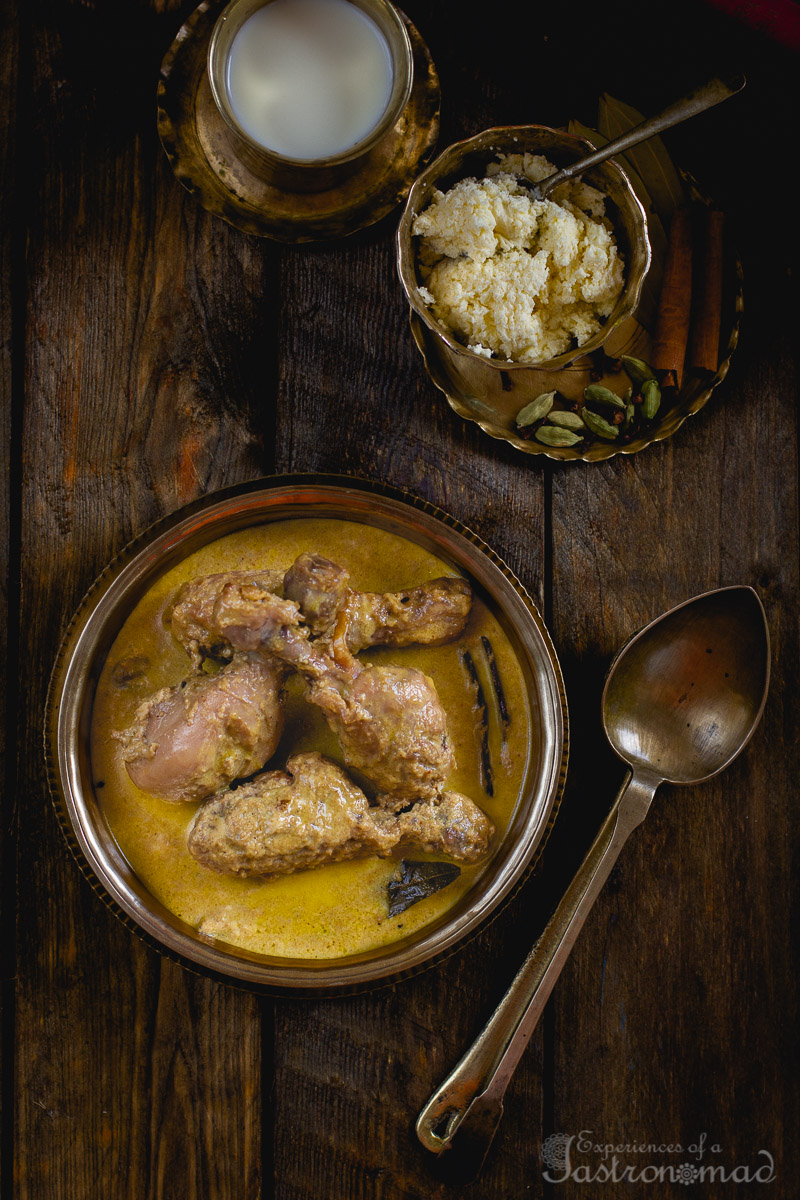 I cook a Murgi Monohora this morning.
Stealing stories from the Pujobarshiki as I patiently wait for the bird to stew in milk.
There’s such a sublime pleasure returning to innocence.

Murgi Monohora. Chicken drumsticks. Stewed languorously in milk. The decadent luxury of fresh malai. The aroma of roasted whole spices. Just a whiff of ginger.
This is sin !!!
But then when Pujas are just a fortnight away, why not indulge ?

Oh yes, on why the dish is called Murgi Monohora, no clue. Shall remember to ask Maa if she can throw some light.
Whats in a name though ?
Enjoy !! 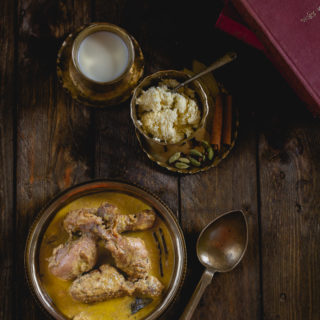 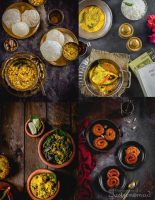