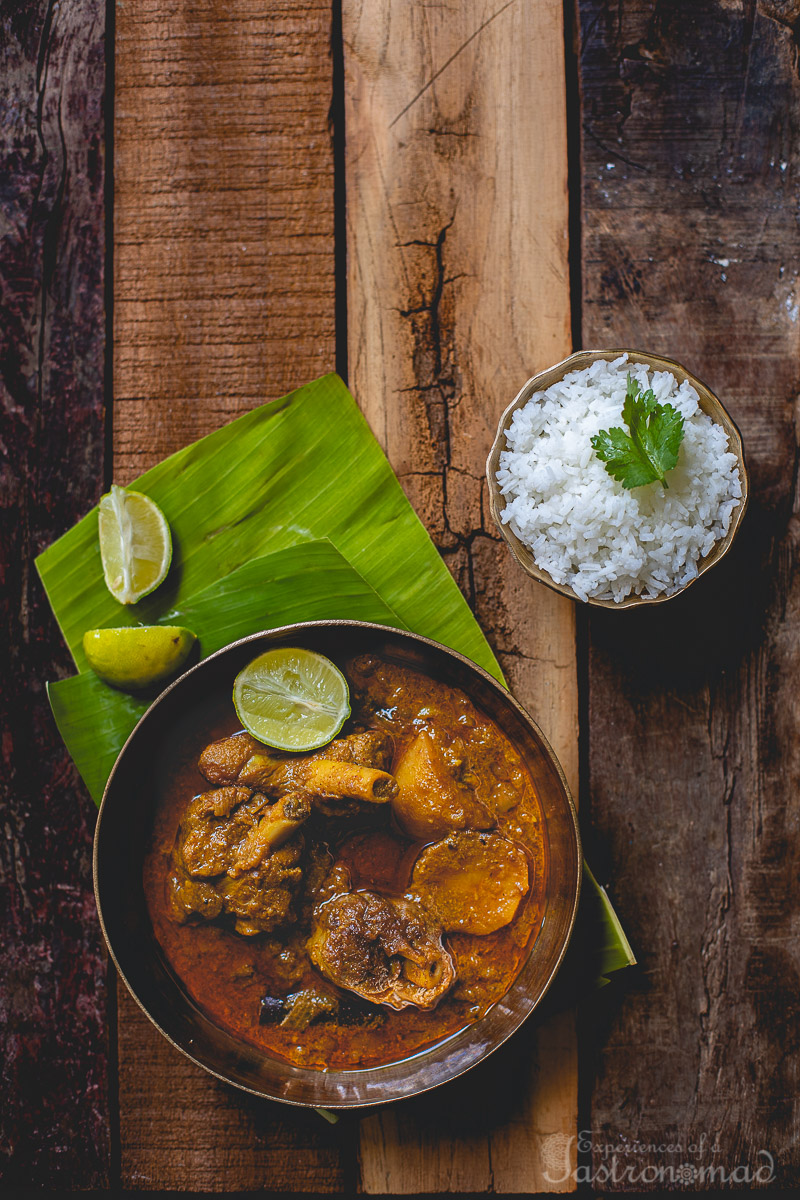 S and I are sipping tea.
It’s a rain-blessed morning, the sun is yet to emerge from beyond the nimbus clouds, an uncanny silence pervades.
Punctuated by the odd melancholy strain of the distant cuckoo pining for his lover.

It’s going to be Mangshor Jhol for lunch, I tell S. As he furiously types on his phone.
He nods.
Ever since I discovered last week, to my utter dismay, that Bhapa Ilish didn’t yet feature in my blog, I have embarked on an overdrive, compiling a list of classics that are conspicuous by their absence in the blog and drawing up a plan to post them over the next couple of months.

The conversation now steers to the lazy time-stop-still Sundays of yore.
And the Sunday ritual that was mangshor jhol and bhaat for lunch.

Serpentine queues outside mutton shops.
Braving the
Defying the rain.
Animated addas (And what an eclectic set of topics the menfolk would discuss – Confucius and communism. Plato and Pele. Education and egalitarianism.) while they waited for their turns to reach the head of the queue.
And once there, that familiar conversation with the butcher and his assistants. (After all, this relationship too was generations old – as a young boy, he would accompany his father to the same shop to purchase the Sunday mutton, didn’t he ?)
The conversation finally steers to the preferred cuts of meat for the morning.
And a good ten minutes later, the man leaves the shop, armed with the shaal pata wrapped goat meat and a smile of contentment hanging on his lips.
When we finally reaches home, after a couple of sugar-loaded teas (and nicotine reinforcements) at the parar chaier dokan and more esoteric adda at the roak (slip of balcony in-front of a house) round the corner, the clock is waiting to announce midday.

The lady of the house is far from amused.
Is this time, she complains, to get mutton ? It’s almost noon, do you want the kids want to have their lunch at 4 ? She grumbles.

But the children are not ones to be deterred by the idea of a later-than-usual lunch.
We are not hungry Maa, they plead in earnest, we are fine to wait for the mangshor jhol to be ready. 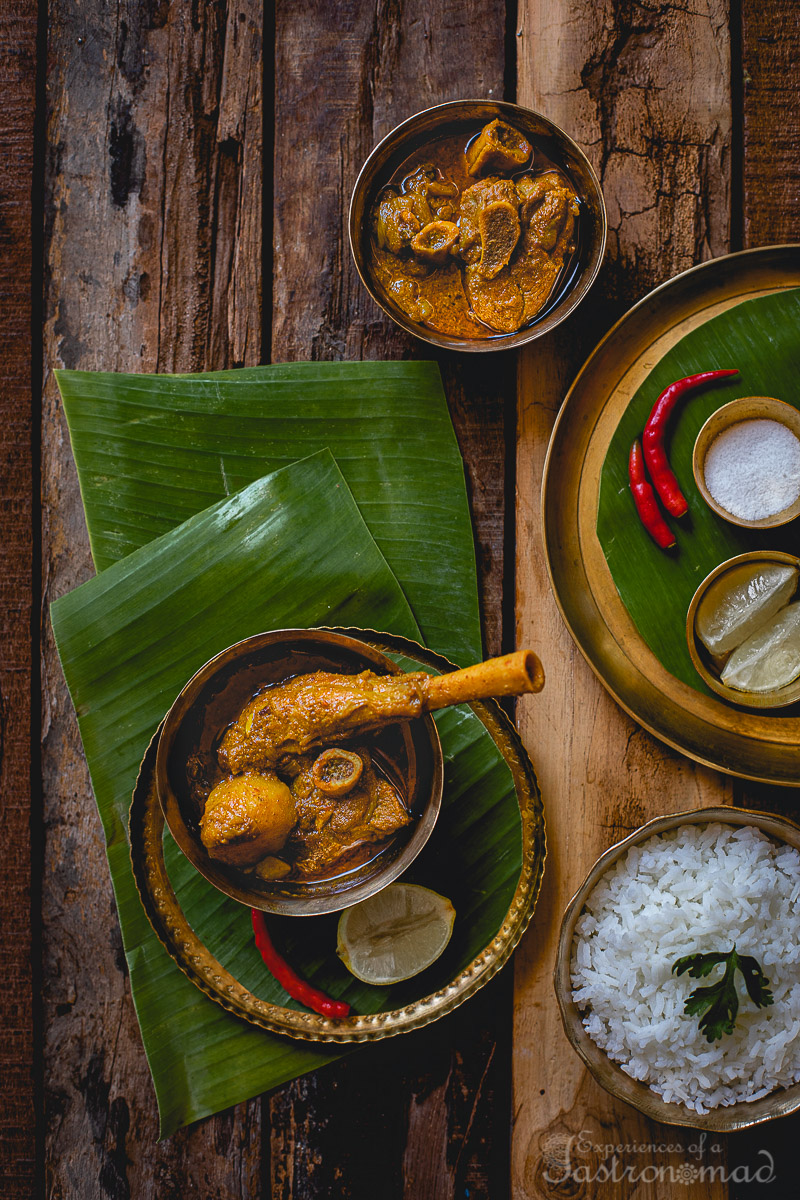 And those were the days.
We had time.
For ourselves and others.
To engage. To converse. To do what we liked.
Or, to do nothing. And yet not feel guilty.

We need to slow down, I remark. And it’s entirely in our hands.
S doesn’t comment.
He’s already back to his mail.

Mangshor Jhol. With piping hot rice. And loads of adda.
The quintessential Bengali Sunday lunch.
(And of course the mandatory siesta beyond that.)
Enjoy !!!