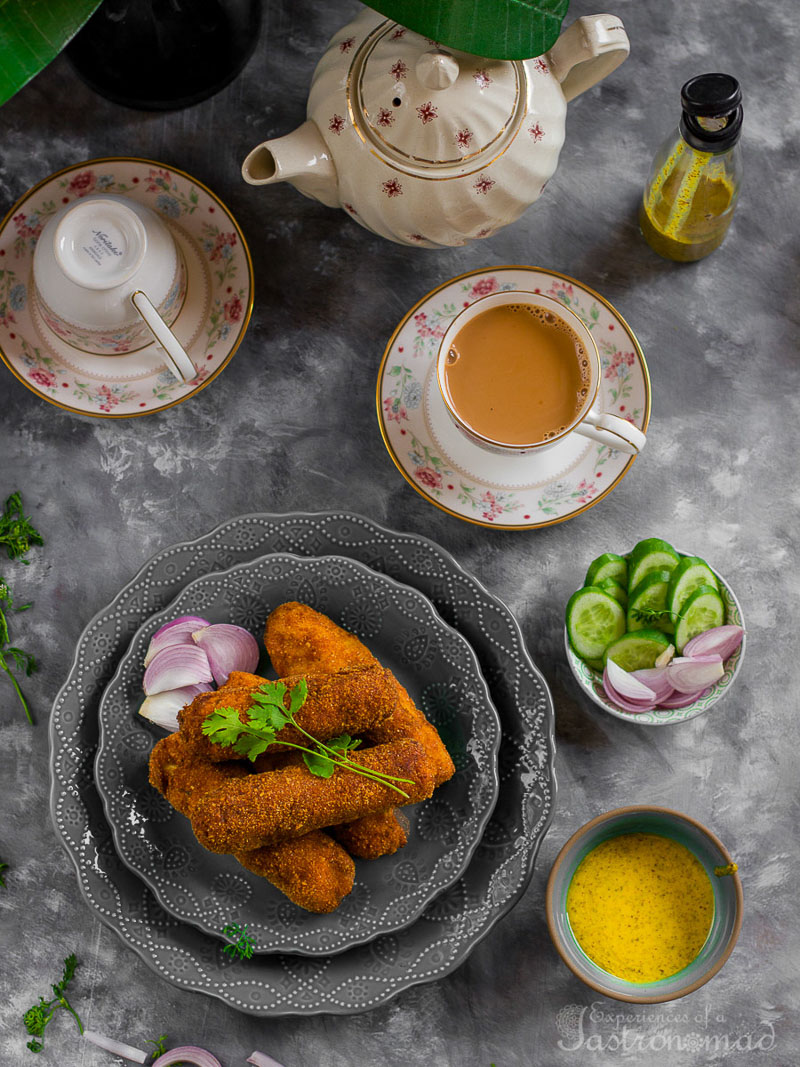 Flanked on the south by Kalighat, home to the ancient temple where resides the presiding deity of the city and on the north by the sprawling greens of the Maidan and the hustle-bustle of Chowringhee, overlooked by the Angel of Victory that alas, has long stopped pirouetting, lies the precinct of Bhowanipur.

S (Dear husband) grew up here.
His forefathers migrated to Bhowanipur more than a century back.

Conversations with S about his growing up years invariably meander to the lanes and alleys of Bhowanipur, a world where time still stopped still.

Stolen afternoons at the Nandan, riveted by the magic of Kurosawa and Ray.
Or the allure of dance dramas at the Rabindra Sadan every year as the city rejoiced the birth of the poet-prophet. 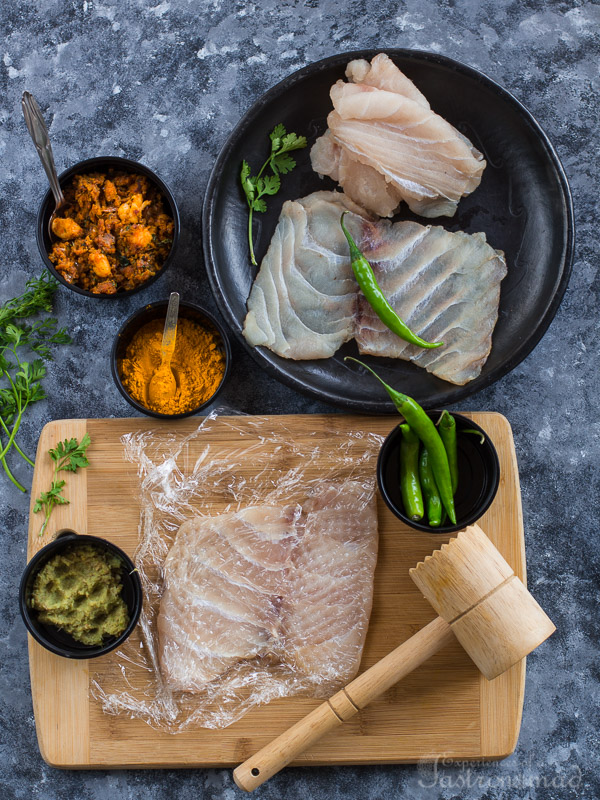 The commanding oils and water colours in the Victoria Memorial gallery.
Or the Jamini Roys on proud display in the Academy of Fine Arts just across the road.

Watching in awe as artisans put their last touches to the goddess in the shacks of potopara.(The Potters’ Colony)
Or enamored by the ancient Kalighat chitrakars (artists) as they wove their satire on earthen pots.

Leisurely walks down Red Road when in need of solace. As the odd tramcar with its solitary passenger trundled by.
Or seeking shelter in the Bhowanipur Cemetery during a raging kalboisakhi. Only to discover that Ruskin Bond’s father is interred here.

The Gurdwara with its generous langars that never refuse a hungry soul.
Tea at Balwants at two in the morning when the cluttered adolescent mind sought a break.
Digging into momos at Tibetan Delight, almost expecting to run into Satyajit Ray who lived in the next lane.
Or an afternoon at the Bijoli Grill, over endless cups of tea, listening to starry eyed students confident of changing the world. 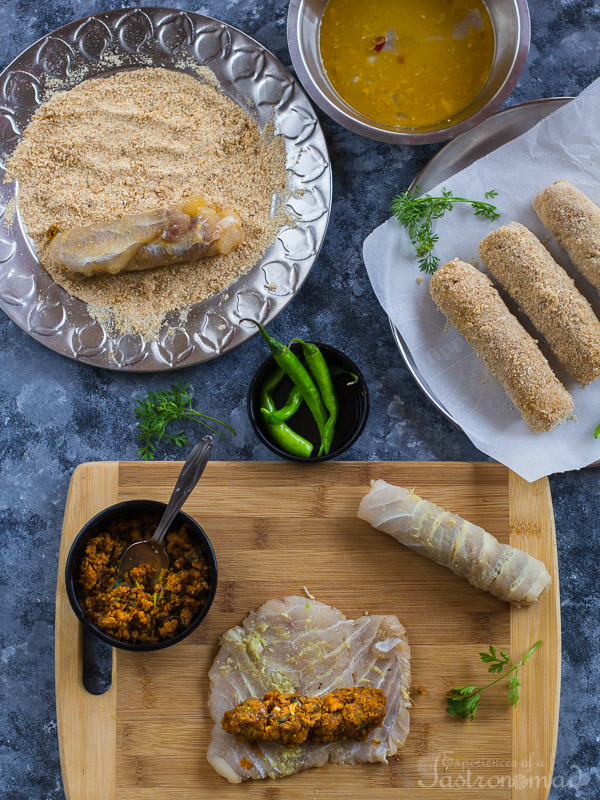 Bijoli Grill ? I had finally asked S.
Oh you’ve never had their fish roll ? He had smiled.
One visit, and I too was addicted.

The Bijoli Grill Fish Roll.
A delectable filling of bhetki and shrimps. Rolled in a fillet of bhetki. Coated in crumbs and fried to a sinful golden.
This indeed is a fishophile’s delight.

If you are in Kolkata any time soon, I would strongly recommend you try the original.
If not, do spend that lazy ‪Sunday afternoon making yourself a fish roll. I can guarantee its every bit worth the effort !!! 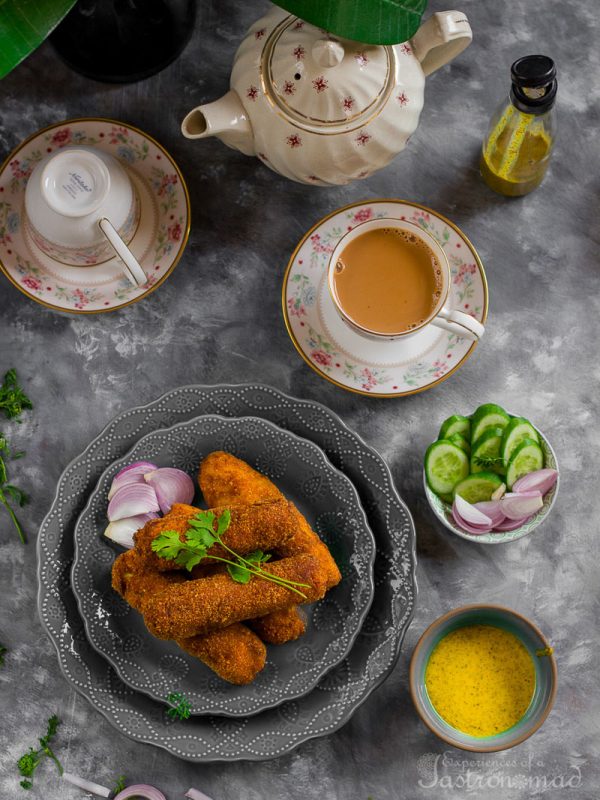