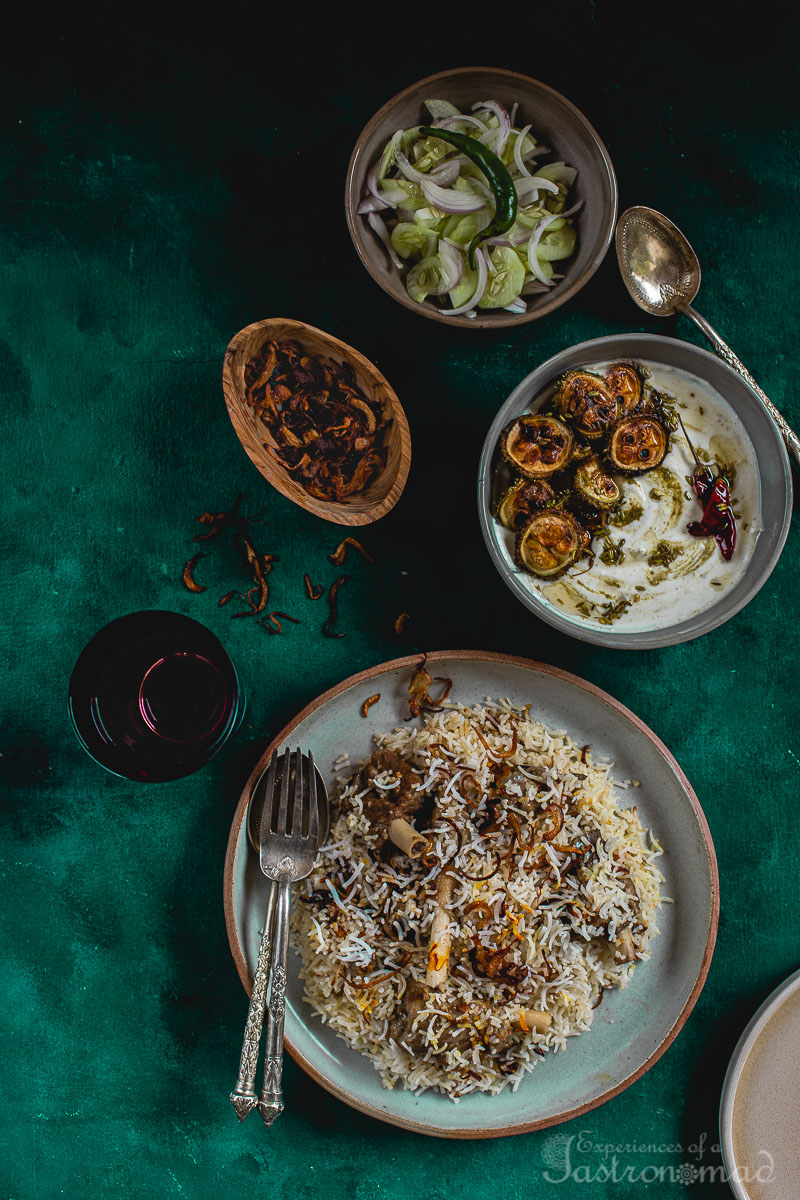 That’s the Orion.
Bapi points out to me and Dada in a hushed whisper of a tone.
The Hunter in the Sky. Look at his waistband. And there, can you see, are his dogs.
We lie on the grass, wet with autumnal dew, by the lazy green river. A deafening silence around us. And a canopy of twinkling diamonds above.

Growing up in a sleepy hamlet in far-flung Assam was bliss. In the sylvan lap of nature.
You plucked fruits and vegetables every morning from the lovingly tended backyard garden (long before Farm to Fork had emerged as a hype), if you had a surplus, remember refrigerators had yet not invaded our kitchens, you sent it to your neighbours. And they reciprocated if they had an excess.
Fish was from the green river. Eggs from raucous hens in the backyard.
The farmer turned up once a month with his gunny sacks of rice and pulses, Grandma would take a fistful of rice from a sack and smell it, either give a frown of disapproval or a nod of approval. She was furiously finicky with her rice – the smell, the texture, the size of the grains, even the colour had to be perfect.
Food was hearty and delicious. Largely Sylheti cuisine. Sylhet, the land of my ancestors.
Eating out was unheard of. For all that my town could brag about was a mishtir dokan or two, with their disciplined rows of sandesh, seas of rosogollas and armies of hectoring flies humming around with dogged determination, a telebhaja shack that churned out fuluris, begunis and all the sin (that was insanely addictive though) and a couple of frugal military hotels that served rice, watered-down dal and fish, either fried or curried with potatoes.

A vacation to Calcutta (yet not christened to Kolkata) introduced me and Dada to the magic of biryani. A delight of rice cooked with lamb or chicken and fried potatoes. Perfumed with a complex medley of spices. That my taste buds attempted but failed to unscramble. Back to Assam but now Dada and I were perennially pestering Maa to cook the Calcutta Biryani.

And then one sunny morning, a still teenaged me bade farewell to the pristine life in my lazy time-stops-still hamlet by the river and took the long arduous bus trek via emerald forests and mist-riddled hills of Meghalaya to Guwahati for further studies.
Guwahati. My home for the next several years. Guwahati introduced me to the seething Brahmaputra, the Lady at Kamakhya, the warm, loving, innocent Assamese people and exposed my palate to Assamese cuisine, simple, rustic yet delectable.
And the unpretentious Kampuri Biryani. Rice cooked with chicken and a melange of winter vegetables – carrots and beans. Peas and pearl shallots. Perfumed with nutmeg and green cardamom.
The stark simplicity a sharp contrast to the Calcutta Biryani.
By the time I was to leave Guwahati,  I was confused, which one of the two Biryanis I would opt for if compelled to make a choice.

Time flew on rosy wings and one day it was time for me to leave Assam and move on to Delhi.
Delhi was explosion on my food senses. The decadent world of Mughlai cuisine, unmasked in front of me, left me spellbound and numb. This was a hedonists paradise unlike anything I had ever experienced before and prodigal indulgence was religion.
The sinful Jama Masjid Biryani. With its alluring fragrance of ittar and rose water.
The austere yet dropdead delicious Nizamuddin Biryani.
Or the Mutanjan. With its subtle undertones of yes, sweetness.
Each lane, bylane and alley of old Delhi seemed to have its indigenous Biryani. Its own secret spice-mix handed down generations. And delectable folklore around its origin.
Delhi left me metamorphosed to a diehard Biryani addict. 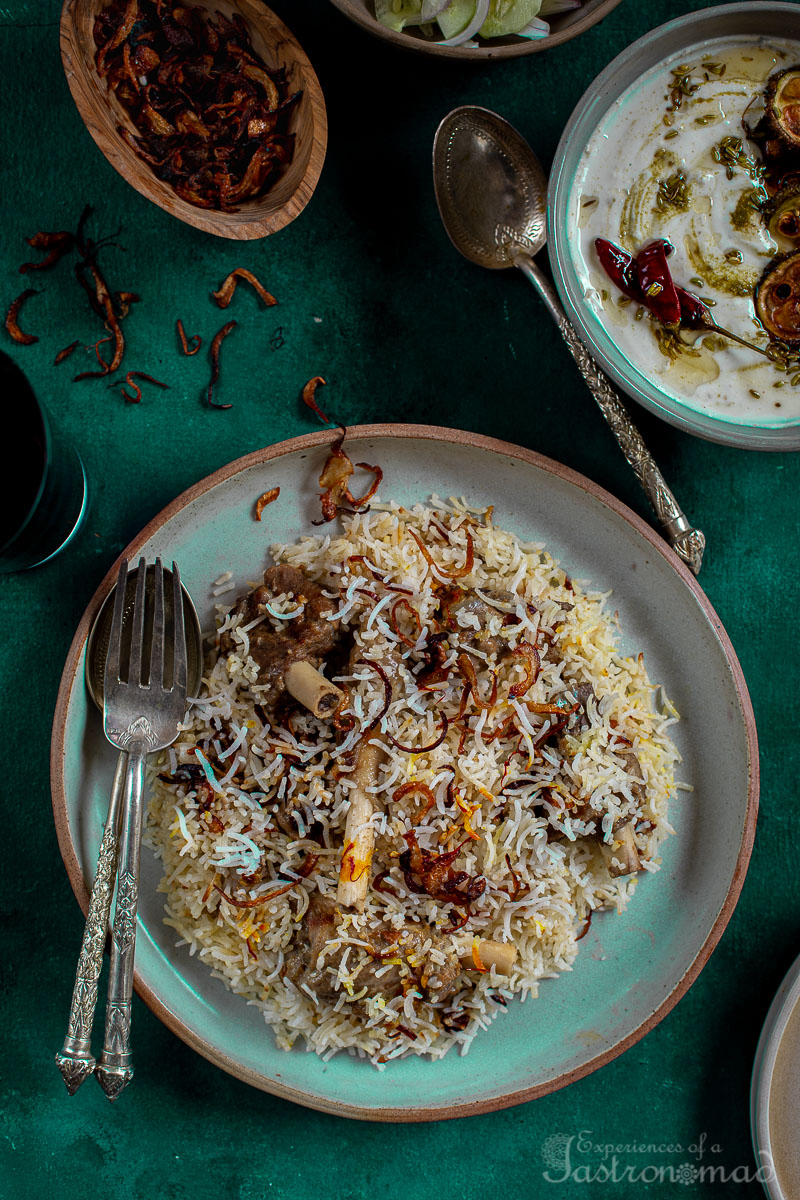 And it was not long before that the nomadic gypsy in me was ready to relocate yet again. This time to Hyderabad. The hallowed land of the Nizams. A mecca of art, architecture and of course food. Not just food, biryanis.
The crowded pantheon of Hyderabadi biryanis, sharply distinct from their northern counterparts, left the biryaniphile in me speechless in awe. This was the land of the Kacche Gosht Biryani, lamb, rice and spices cooked together (yes, not assembled) to a blissful perfection. This could not be just peerless culinary excellence. This was art at its exalted best. This was supreme mastery accomplished over centuries.
But the stunner that stole my heart in this city of the Nizams where food was religion and Biryanis a cult was the divine Doodh Biryani. Biryani cooked in milk. Scented with saffron. And a subtlety of spices that is guaranteed to send your taste buds to a trance.
And it’s the delectable Doodh Biryani I cook this morning.

Here’s my recipe of the Doodh Biryani. Inspired by the recipe from Pratibha Karan. If this is not food heaven, what is ?Save 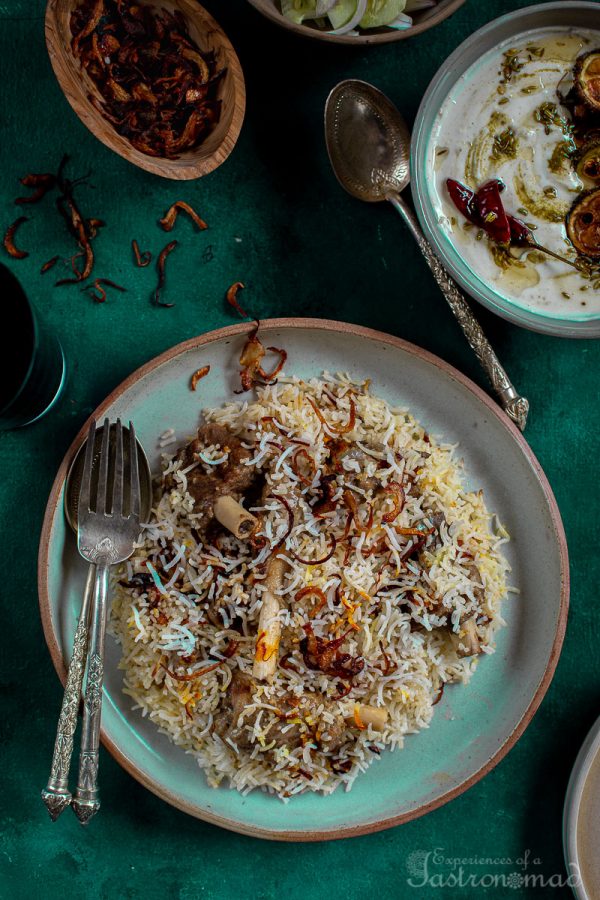 New blog post is up! #7cuisinesin7days One day, s

Who said Wednesdays were boring ? Definitely not w

I typically do not shoot in-the-making pictures.

New blog post is up ! #7cuisinesin7days And one l

The dakbungalow recipes travelled as did the Raj.

New post is up on the blog #7cuisinesin7days It wa

When the Queen takes yogurt as a companion with ju