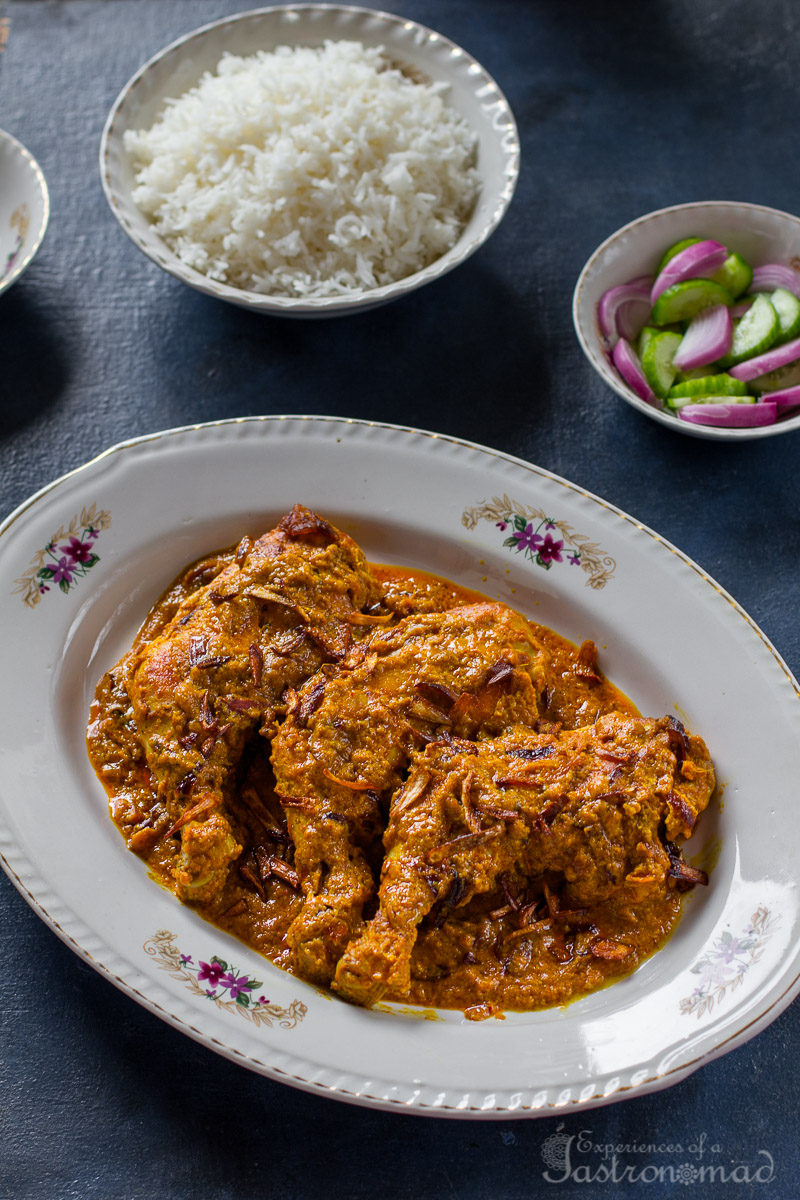 Dida’s days were busy, helping in cooking and cleaning, fussing over the the GuhaThakurta kids and pampering them silly, stitching her kanthas, replete with exotic flowers and pompous birds, tending to the jars of pickles, leaving them in the glare of the sun in the mornings and never for once forgetting to take them indoors before dusk had descended.
And then when she had nothing to do, she sat by herself in the shade of the mammoth mango tree in the backyard, staring listlessly at the distant horizon, where a silver thread that was the Kushiara drew the line between earth and heaven.

Dida lived with the GuhaThakurtas, just a few houses from ours in Karimganj.
None of my friends, not even Bulbul who lived just next door, knew her real name.
We all called her Dida.

However what struck even us kids was that shroud of melancholy that perpetually surrounded Dida, a plaintive strain of poignance that lurked even behind her amicable smile whenever she saw us.

Does she not have a home of her own ? I had quizzed Grandma, unable to contain my curiosity.
I was hardly ten but already nursed a strong conviction that I had an inviolable right to know just anything and everything.
Grandma, to my utter surprise, shuddered.
That is her home, she answered calmly, once she had regained her composure.
Grandma though had given herself away, I knew at once she was hiding the truth from me. But that there was no point pestering any further.

I continued to live in blissful ignorance.

A decade passed by.
Dida had now aged, her eyesight had dimmed, she struggled with her kanthas and her hands trembled quite noticeably as she sculpted her boris (sun-dried lentil dumplings) and arranged them in disciplined rows on a muslin cloth before leaving them to dry in the sun.

Does she not have children of her own ? I had asked Grandma, propelled this time more out of genuine concern than curiosity.
And that’s when Grandma had narrated to me the story of Dida.

Dida, after all, did have a home and hearth of her own, in a sleepy town, a couple of hours from Dhaka.
Her husband, lovingly addressed as Daktarbabu by all and sundry, was a doctor, revered in the town.
Her two sons were studying for their degrees at the Dhaka University.
The future looked bright and rosy.

A lot of their relatives had crossed over to India in the brutal aftermath of the partition of 1947 and the decades that followed.
But Dida and Daktarbabu had been unflinching in her resolve – this was their land, this was their people, they saw no reason whatsoever to relocate.

And then one winter, news started trickling in of unrest brewing in Dhaka.
All, it seemed, was not rosy between Bhutto and Mujib.
The relatives had pleaded again.
I am sure calm and peace shall return soon, Daktarbabu had confidently countered.

But one night in March their world changed. Forever.
Yahya Khan’s men barged into the premises of the Dhaka University.
And the students at the university
Asleep at night quite peacefully
The soldiers came and shot them in their beds
And terror took the dorm awakening shrieks of dread
And silent frozen forms and pillows drenched in red. (Joan Baez)

The world was stunned.
Even the heavily censored West Pakistan press protested.
News reached Dida and Daktarbabu that their elder son might have fallen to the spray of bullets.
Are you sure ? That cannot be true, the stupefied couple cried in disbelief.

What if Dada is injured, in hospital and needs our care to recuperate ? The younger son challenged.
He insisted he visit Dhaka to discover the truth for himself.
Dida and Daktarbabu, their faith in the Almighty steadfast, convinced that nothing could have gone awry, did nothing to dissuade him.
Dhaka might be burning.
But it was still their city.

The country was on the boil now.
Even the ever-optimistic Daktarbabu started to panic, it was now or never, they had to leave for India.
And one new moon night, in the cover of the dark, they embarked on an arduous trek to the Indian border.
They would find means, they were positive, to be reunited with their younger son.

But they could not go far.
Hardly out of town, they were intercepted by a patrol of the West Pakistan army.
Daktarbabu begged for mercy, but the brutes shot him through his eyes.
Dida lost consciousness.

She woke up in a relief camp.
But she never recovered.

As I wake up to yet another 16th of December, the day a new nation was born, my thoughts go back to Dida.
A lady who had lost everything to the inhuman carnage of a bloody war.
Reduced to a wreck, a ghost of her own self.
Yes, freedom had come at the end.
But the price had been dear.

Today I delve into my childhood to cook the dish Maa inevitably prepared on the 16th of December – a Dhakai Chicken Roast. A stunner of a dish that no celebration in Bangladesh is complete without. 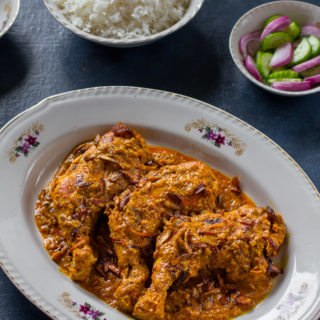 For the special roast spice powder

For the special roast spice powder

Oshtomi is over . Lotus buds have wilted. The hund

I place my palm in front of her. She gives me a fr 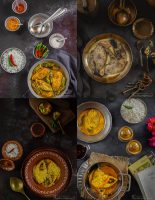